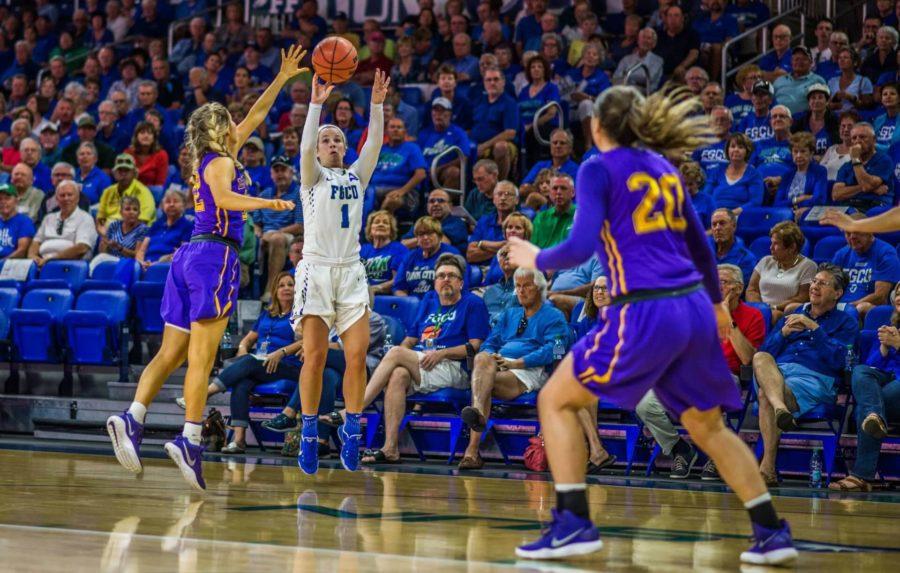 Former FGCU guard Jessica Cattani will continue her basketball career as she has taken a job as Assistant Coach with Western Kentucky.
Cattani was a walk-on that earned a scholarship and just finished her five-year career at FGCU where she finished 10th place in program history in three-point percentage at .368. She scored 534 points and played in 112 games.
“This is a great opportunity for Jess,” FGCU head coach Karl Smesko said. “She understands the game as well as any player we have ever had. I think she will be a great coach someday and this gets her foot in the door.”
This is just another player under Smesko to have continued their basketball career into coaching as the Eagles staff currently consists of all former players in Chelsea Lyles, Chelsea Banbury, Jenna Cobb, Stephanie Haas and Amanda Pierce.
That list does not include other players to have played for Smesko that are at different universities such as well as current head coach of the Atlanta Dream, Nicki Collins.
Western Kentucky finished last season with a record of 24-9 (12-4) and advanced to the NCAA tournament like FGCU but did not win their opening game against Oregon State. She will be an assistant to Greg Collins, who has been there for 11 years.