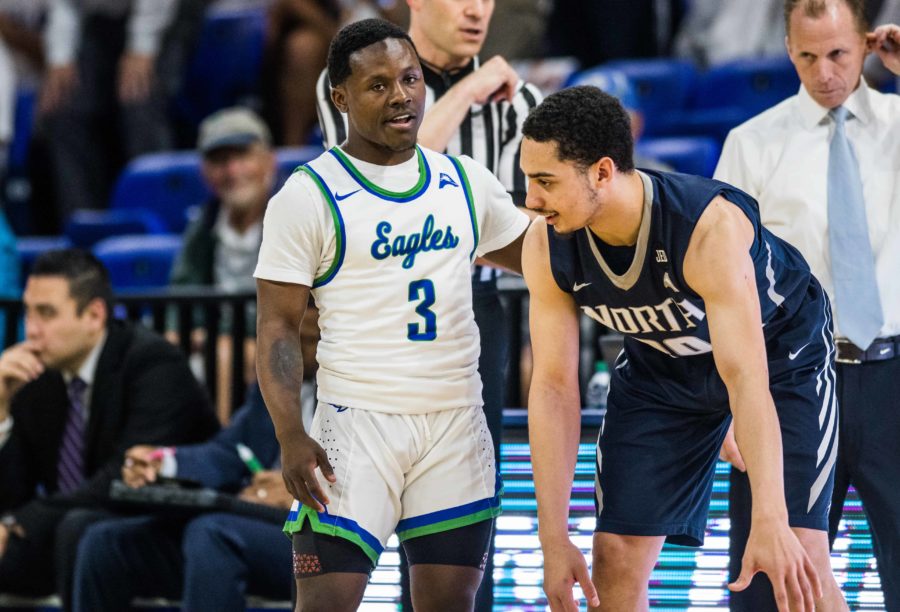 Former fan-favorite and the smallest player in Division 1 basketball, Darnell Rogers, will no longer be a part of the FGCU Men’s Basketball team.
Rogers is listed as 5’3” and appeared in just 20 games in his freshman season, playing mostly on the scout team. He came in as a point guard but struggled to get minutes behind the Eagles’ two spectacular guards of Brandon Goodwin and Zach Johnson.
“I’d like to thank FGCU as a whole: my teammates, the coaches and the fans for all the support they’ve given me throughout the year,” Rogers said. “But after talking it over with my family, I’ve decided it was best for me to continue my collegiate career elsewhere, and that’s what is most important to me at this time.”
The Baltimore native averaged a bit over six minutes per game. He had a career-high 11 points against Weber International and averaged about a point per game. Before coming to FGCU, he played a year at Believe Preparatory School in Rock Hill, South Carolina and scored 23 points per game and averaged seven assists and two steals per game.
“I want to thank Darnell for his time with our program,” said head coach Michael Fly. “He has conducted himself in a positive manner in the classroom, in the community and on the court. But after meeting with Darnell and keeping his best interests in mind, this decision was made in order for him to get more playing time elsewhere. We wish him all the best in his future endeavors.”
Though Goodwin is graduating and Johnson is heading to Miami, the Eagles have two new incoming guards in Caleb Gotto and Zack Scott as well as Quentin Jackson, who recently transferred from junior college and will eligible immediately.
Rogers has not announced where he will be playing but will likely have to sit out a season before having three more years of eligibility left if he transfers to a Division 1 program. This becomes the fourth player to have transferred as Rayjon Tucker, Reggie Reid and Kevin Mickle have transferred as well. RaySean has announced that he will be looking to continue playing elsewhere, but has not been confirmed. Michael Gilmore, however, is off the team, as he will be transferring for a third time.