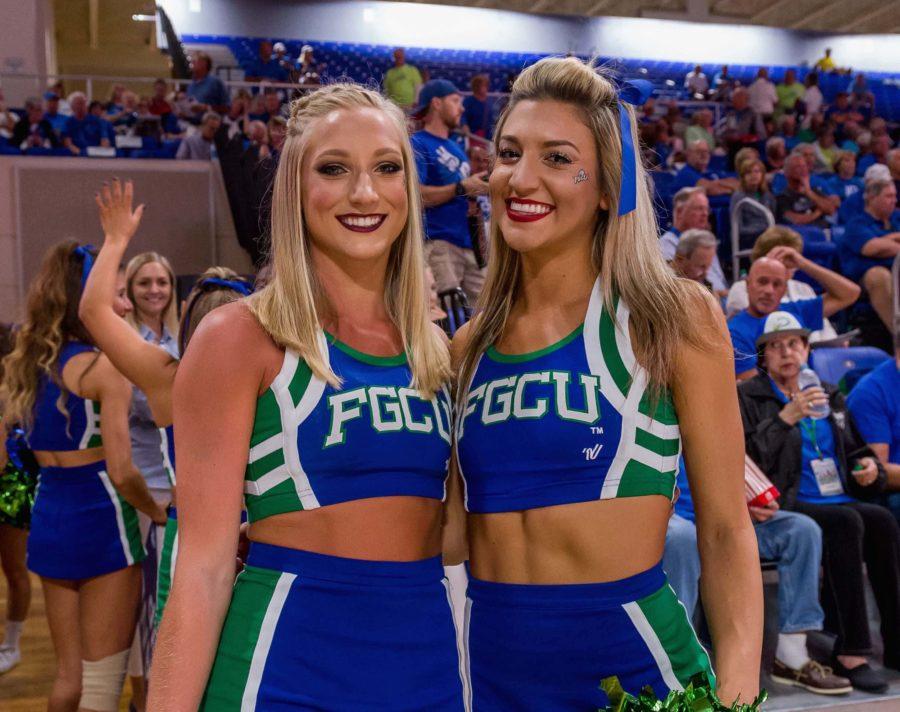 FGCU cheerleader Zahra Fayad, a senior captain this past season, has been named a Miami Dolphins cheerleader. After nearly a week of tryouts, Fayad becomes the first FGCU athlete to make it to the NFL.
Out of a field of more than 300 participants, Fayad becomes a member of the 15 newcomers and 20 veterans who made the final cut for the 2018-19 squad.
In an interview with News Press, the senior stated, “I feel so thankful I can’t even believe it. This all happened so fast, and I couldn’t be more thankful for the opportunity.”
Fayad finished her degree at FGCU in Health Science and was recently offered a pharmacy internship in LaBelle.
“We’re so thrilled for her,” said FGCU cheer Coach Emily Chaikin to News Press. “It’s a great representation of the school to go through such a rigorous process and the interviews and to be chosen for something like that.”
Fayad was a part of the FGCU cheer program for four seasons and competed in gymnastics until high school.
Going into tryouts, she was hesitant since she had no formal training in dance, but used her gymnastic and cheer experience to her advantage.
Now, Fayad heads to Miami to begin preparing for the 2018-19 NFL season, hoping this opportunity will open more doors.
“It’s going to open so many doors for me,” she said. “I think I can be really successful at it. It’s just a whole different world that I’d never have thought of. It’s all pretty much meant to be.”