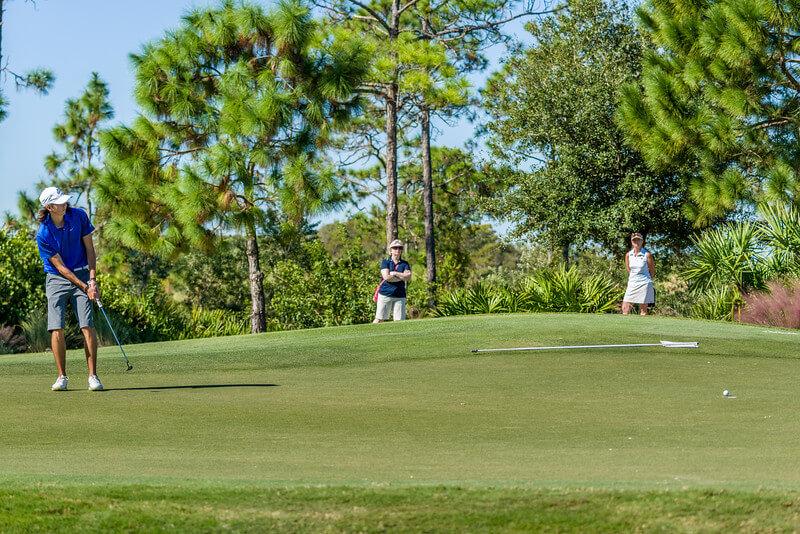 Announced right before the start of the ASUN Tournament, Cole Castro was named to the ASUN ALL-Freshmen Team.
“Cole is a natural talent who with some more work and refining can certainly be a top collegiate player,” said head coach Eric Booker. “When I work with him, I have a tough time finding anything wrong in his swing; there isn’t much at all that needs to change in his mechanics because he hits it really solid. With some improvement in terms of course management and strategy he’ll have a really bright future in this game.”
Castro won a medal out of 90 players in the Fort Lauderdale Collegiate in early March following his (-6). He began is spring season with three-straight top-five finishes and had six round even of below to lead the team despite playing on eight fewer rounds.
Though Castro is fourth among Freshmen in scoring average, the three players above him have a combined one top-five finish.
This is the second straight season that an FGCU golfer has been named to this team award as Doug Smith got it last season. Jack Hernandez was named to it in 2012 and Matt Cote got it the year prior.