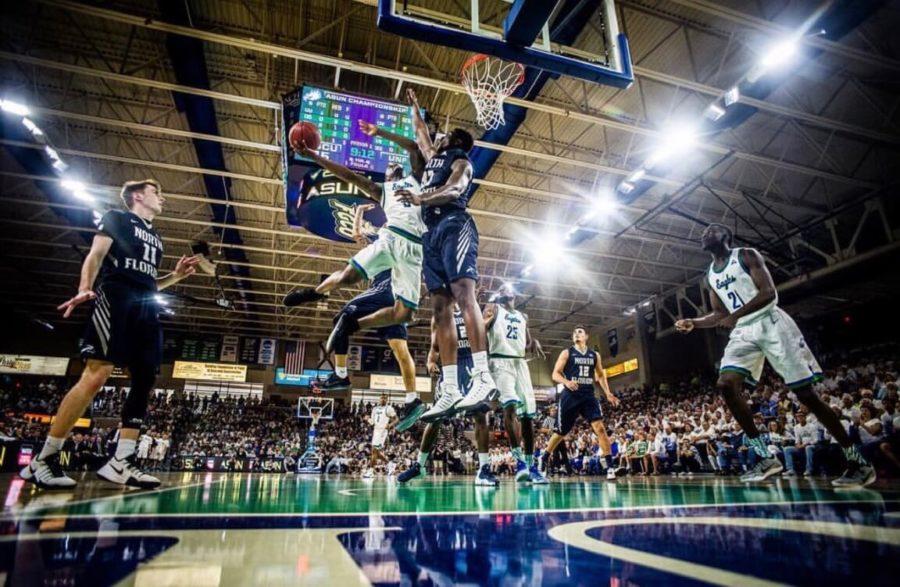 After a rush of Eagles leaving Dunk City including ASUN First Team Member Zach Johnson, the FGCU men’s basketball team announced that they have signed Malik Hardy to a Financial Aid Agreement to come play for the Eagles.
“I’m exciting about joining FGCU, and I’m looking forward to bringing many more championships to the school,” Hardy stated. “I chose FGCU in part because of Coach Fly; he’s a sincere person with a winning history, and his fast style of play is one in which I am going to enjoy playing in.”
Hardy is a 6’2” guard who played his freshman season for Division II Nova Southeastern in Fort Lauderdale. He ranked third in division II in scoring at 17.1 points per game and added 4.5 rebounds per game. Hardy was named Freshman of the Year for the Sunshine State Conference.
He will be eligible to play in the 2019-2020 season and will have three years left of eligibility. Hardy also attended the same high school as Haanif Cheatham.
“I’m really excited about adding Malik to our program and family,” said FGCU head coach Michael Fly. “He’s an accomplished scorer at the collegiate level, and he’s the type of person we want in our program. He’ll help build the culture on the court, in the locker room and throughout the community. Malik is a good student who comes from a great family and played for an accomplished high school coach in Dave Roca.”