Leon and Dye Drafted by MLB in 23rd Round 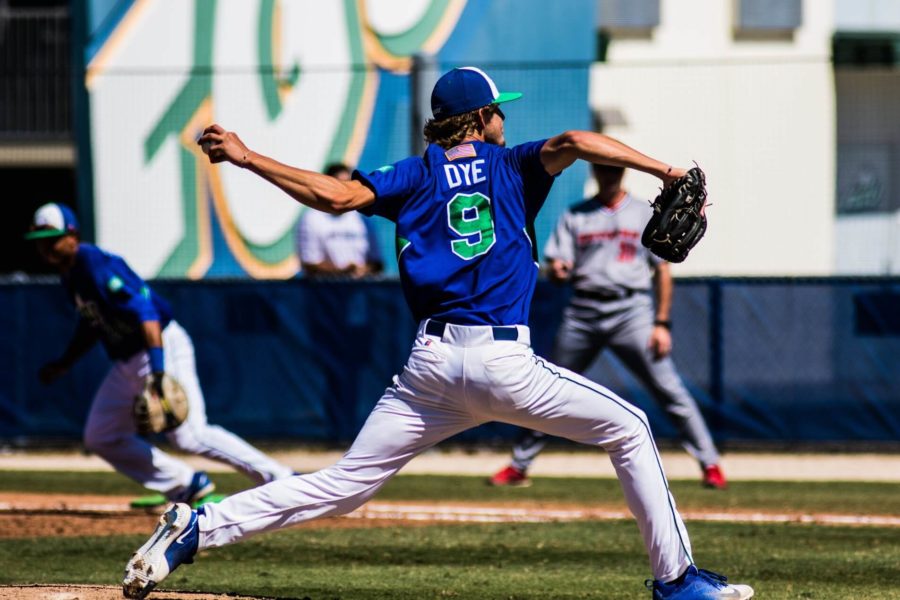 Two pitchers form the FGCU baseball team have been drafted by the MLB in the 23rd round of the 2018 MLB Draft. Josh Dye was selected by the Kansas City Royals and was the 692nd pick overall while Mario Leon was selected by the Arizona Diamondbacks in the 699th pick overall.
Dye and Leon mark the 30th and 31st all-time draft pick in FGCU baseball’s 16-year program, led by head coach Dave Tollett. Leon is the first ever FGCU player to be selected by the Diamondbacks, while Dye joins 2017 shortstop Julio Gonzalez on the Royals.
While Dye was forced to sit out during the 2016 season due to an injury, he made up for his loss of playing time during the 2018 seaon. Dye’s achievements include being the sixth ever FGCU pitcher to completely shut out a Division I team during the Eagles’ 3-0 sweep over Kennesaw State this season.
During the 2017 season Dye assisted FGCU to its win in the ASUN Championship against Jacksonville by working 1.2 innings of relief on one day of rest. Later in the season, he started and pitched a then-career-high 8.0 innings in the NCAA Regional contest against Davidson.
Dye holds the ninth-lowest ERA in FGCU history (2.98) and sits eighth in innings pitched (229.2).
Leon was recently named FGCU’s Co-Scholar Athlete of the Year as well as the ASUN’s Scholar Athlete of the Year. Achievements on the field include nine starts, earning wins over No. 2 Florida, No. 21 USF and Miami.
Last season, Leon’s victories helped the Eagles defeat Florida, Miami, and Florida State for the first time in program history. During these games, Leon showcased his skills on the mound and struck out eight over his win against the Bulls, later striking out 10 batters during a win against Kennesaw State.
Leon finished his career with top-10 records in seven categories. These categories include second in combined shutouts (5), fifth in strikeouts (225), and sixth in innings pitched (242.2).