‘It wasn’t about wondering if it was the right place. I just knew it.’ Meet FGCU’s new assistant dean and director of multicultural leadership and development 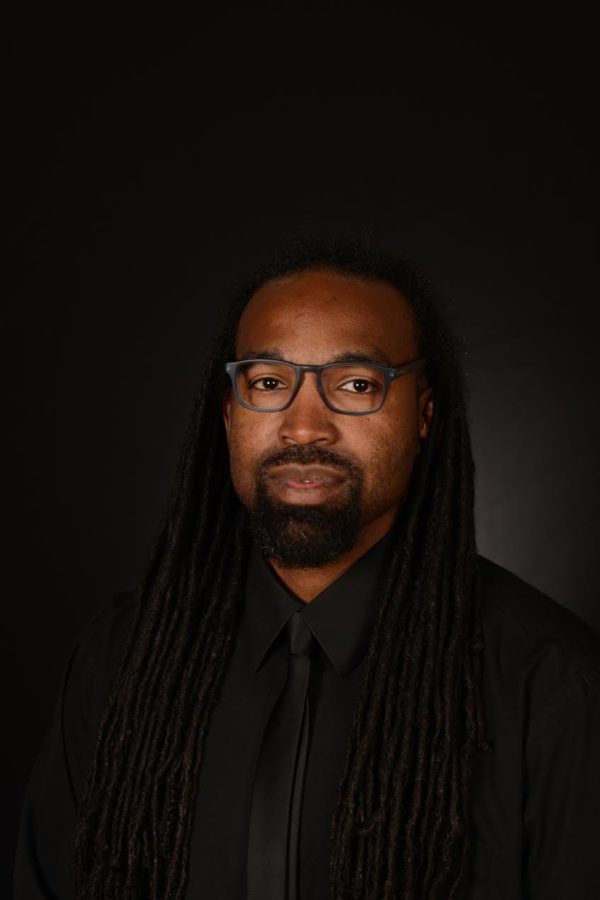 About six months ago, Chris Blakely was in Kentucky looking at job listings when he found his dream job. He asked his wife if he could apply for the position – in Florida.
“Go for it,” she said.

Now, he’s enjoying the beach and Florida sunshine with his wife and five-year-old son as FGCU’s new assistant dean and director of the office of multicultural and leadership development.
“I’m one that operates off energy and every person I’ve interacted with has been good energy,” Blakely said. “So, it wasn’t about wondering if it (FGCU) was the right place. I just knew it.”
Blakely moved from Morehead, Kentucky, in June, where he previously worked as the residence hall coordinator at Eastern Kentucky University and served as the minority retention coordinator at Morehead State University.
But Blakely’s passion for multiculturalism and leadership development came late, as he had different plans.
Blakely was born and raised in Columbus, Ohio, and he attended the University of Mount Union in the rural town of Alliance, Ohio, just about 70 miles from Cleveland. The town is home to 21,791 inhabitants, 84.8 percent of which are white, according to the United States Census Bureau.
As a first-generation college student, navigating through college was difficult — and a culture shock, Blakely said.
By connecting to student organizations and the multicultural office, Blakely said it helped him reflect and develop as a student leader, eventually propelling him toward a future in higher education.
“I’m not a leader, but someone kind of cultivated that in me and that was through our multicultural office,” he said. “So, I am able to get that leadership but also understand multiculturalism and inclusion, so I saw this position and said, ‘this is me’”.
Blakely earned a bachelor’s in business and sports administration and went on to earn a master’s degree in business. He worked several years in the business and corporate industry, most notably in the human resources department. But it was through (what he thought) was his dream job that he realized his calling was elsewhere.
“I did a lot of interviewing and I would see a lot of college students who graduated, and they did everything they were supposed to (to graduate) and get their degree,” he said. “But when they sat down for that job they just weren’t ready, and I would see it time and time again.”
Blakely said he got tired of seeing college students “not ready”, even though they were qualified. So, he turned to higher education and set off to earn a doctorate in hopes that he could prepare students for their dream jobs.
When Blakely found a job listing for the position at FGCU, he said he was drawn to it immediately because of how young the university is, which gives people a chance to make an impression. He wants to create a culture where FGCU will be an example for other schools.
“I want to be that place where people feel welcome, they feel included, but they also say, ‘hey, they’re doing some great things there. We have to figure out what they’re doing.’”
Alongside Blakely are Dereika Pinder and Ysatiz Pinero, both coordinators for the MLD office, and Executive Secretary Lana Clark. Blakely says working with people who “pursue excellence” and give their best effort makes his job easier.
“That’s all I ask is that each day we are the best version of ourselves and we strive each day to be the best version of ourselves.”