Red tide is a cyclic event, but it shouldn’t be this bad 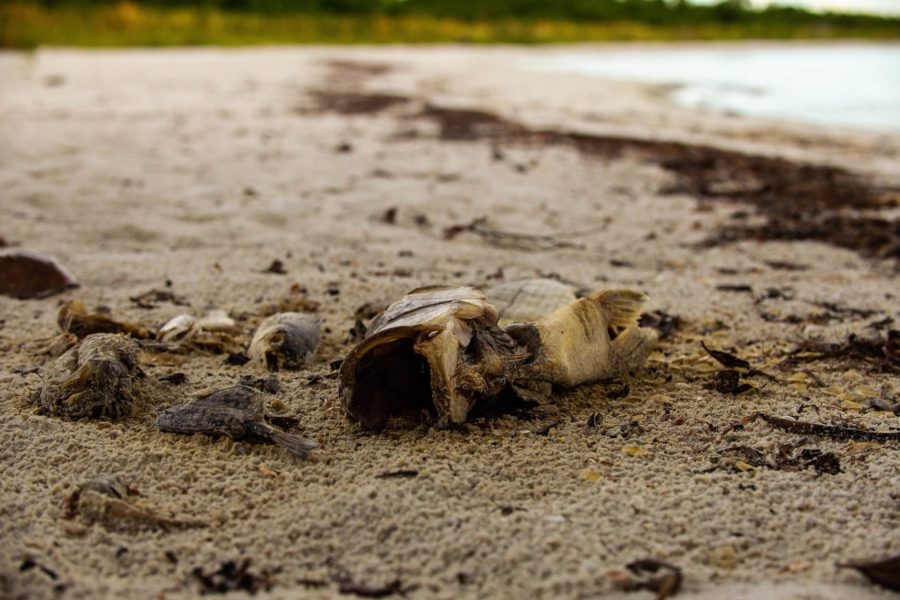 The Florida Fish and Wildlife Conservation Commission released its red tide status update on Friday, and it reports low to high concentrations both along shore and offshore Lee and Collier County.
This year, the red tide bloom has lasted nearly a year and is thought to have been the worst bloom since the 2005 hurricane season.
But why has the red tide bloom of 2018 been so bad?
Dr. Michael P. Crosby, president and CEO of Mote Marine Laboratory and Aquarium, states, “The ongoing red tide bloom is a naturally occurring cyclic event that is not initiated by outflows from Lake Okeechobee, nor inputs from the Caloosahatchee River.”
According to the National Centers for Coastal Ocean Science, unlike many harmful algal blooms (HABs) which are linked to coastal nutrient pollution, scientists have found no direct link between nutrient pollution and the start of red tide, or the frequency or severity of red tides.
There has also been no evidence to show a connection between global warming and worsening red tide blooms.
“Whether climate change will make these more frequent is something that we just don’t know right now,” Quay Dortch, a program manager for the National Oceanic and Atmospheric Administration said in an interview with USA Today.
The fact of the matter is that there hasn’t been enough research done in order to see if climate change and outflows from Lake Okeechobee are causing such a horrible outbreak of red tide in southwest Florida.
However, according to the National Centers for Coastal Ocean Science, the greatest nutrient source of red tide blooms was the decay and recycling of cyanobacteria (blue-green alga) Trichodesmium. This is exactly what is being brought from Lake Okeechobee to the Gulf of Mexico.
If the red tide algae have a higher amount of nutrients being brought to it, it is logical to see a link between more intense blooms.
Yes, red tide is a cyclical event, but it has never killed this much marine life before, and it has never devastated coastal communities on such a large scale.
Despite the lowering levels from earlier in the season, it is not time to forget about the upset of marine and coastal life.
The very fact that through hours of research all I could come up with while writing this article is that there isn’t enough evidence to support either claim.
This is a testament that something needs to be done.
We need people to pay attention because Florida is in a full-blown, but avoidable, water crisis.
We need to pay attention to the legislation and legislators who allow bills to pass that worsen the water quality in Florida.
We need to pay attention as FGCU students and citizens of a coastal community because of our experiences.
Dead fish and the smell of red tide are proof enough that something isn’t quite right.