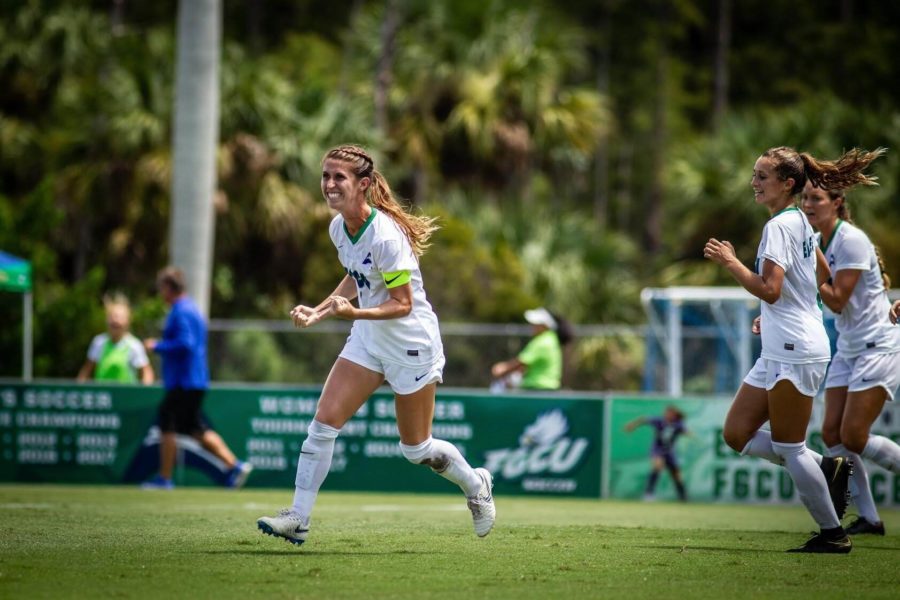 The FGCU women’s soccer ranks 16th in a Hero Sports national poll, the university’s highest ranking since 2015.
Hero Sports, an online sports platform, conducted a national Division I women’s soccer ranking based on power scores, RPI, wins and losses.
FGCU ranks ahead of Mississippi, Georgetown, Washington, Penn State and Tennessee.
The Eagles stack up against other top-ranked national teams and earned an unofficial ranking of 13th in RPI rankings. The official rankings are projected to be released on Monday, Sept. 17. The team also earned a spot in the United Soccer Coaches/NCAA poll this week, coming in at 27th.
“It is great recognition of the hard work that our players have put in,” said Head Coach Jim Blankenship said in a press release. “If we continue to have success and are ranked towards the end of the season, that will be even better. We just have to continue taking things one game at a time and focusing on the task at hand.”
FGCU is one of three teams in the top 20 outside the group of Power 5 schools, and the next highest ASUN team in the poll is No. 93 Kennesaw State. The Eagles are currently one of 18 schools that haven’t lost a game this season.
The women’s soccer team will take on Florida International University in Miami tonight at 7 p.m.