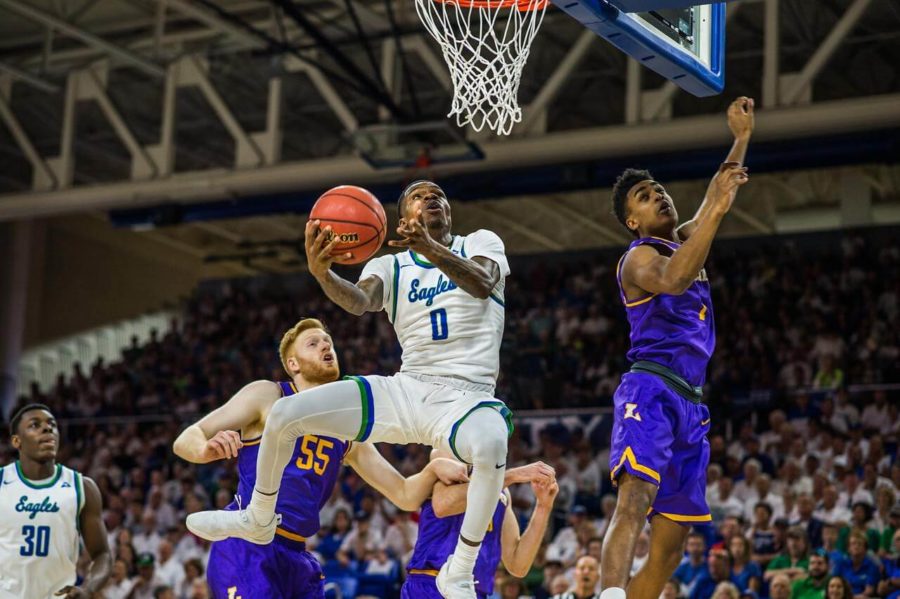 FGCU basketball alumnus Brandon Goodwin made his NBA debut tonight in the Memphis Grizzlies’ pre-season opener against the Houston Rockets.
The Grizzlies fell to the Rockets 115-131, and Goodwin played a total of five minutes throughout the entirety of the game.
He tallied four points to his name, making one out of two field-goal attempts as well as hitting both of his free-throw attempts.
Goodwin rounded out his stat line with one rebound, one assist and one steal.
Goodwin will see action again with the Grizzlies at their next game against the Atlanta Hawks on Friday, October 5 at 8 p.m.