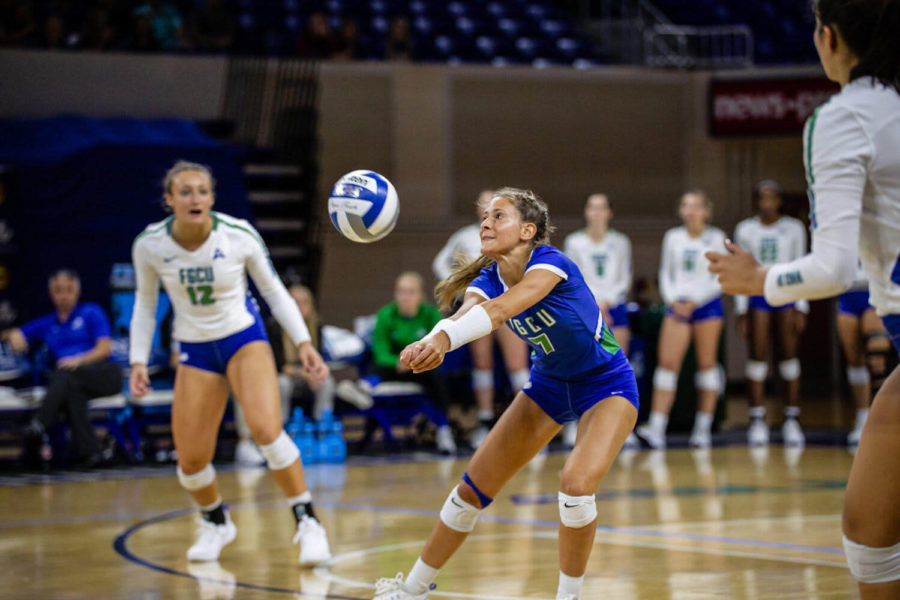 FGCU volleyball freshman Dana Axner broke the record for the most digs in a three-set game in Division-I era history with a 28-dig performance in a 3-0 win over Stetson University on Tuesday, October 9.
Axner, who was also named ASUN Freshman of the Week for the third time on Monday, October 8, has proven to be a vital member of the FGCU volleyball team. Axner is currently averaging 4.60 digs per set with 318 total digs, a record that ranks second and fourth in the ASUN, respectively. This also puts Axner on track to become just the third player in D-I program history to reach 500 digs in a single season.
Axner, who has also received an ASUN Defensive Player of the Week honor, currently holds the program record for most digs per set, with 4.60 digs per set over 63 sets.
“Honestly, I’m not expecting to break any records,” Axner said. “It just happens because the team is playing so well together and I just click so well with them”