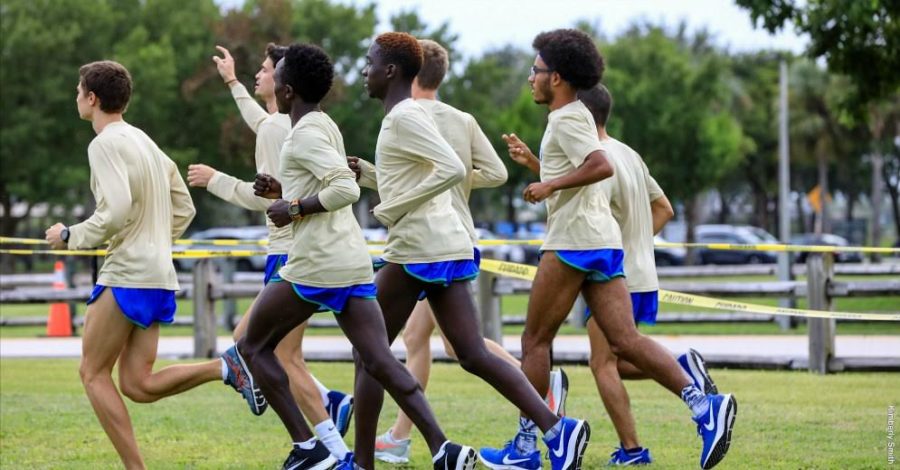 After placing a disappointing 31st in the Paul Short Run hosted by Lehigh University, both men’s and women’s cross-country finished strong at the USF Invitational.
The men’s team finished first overall, giving them their second win of the season and their third top-three finish. The women’s team finished second, giving them their best finish of the season.
This would also be FGCU men’s second USF Invitational win with the previous win in 2014.
FGCU was led by a first-place finish by Lucas Kiprotich, who won the men’s 8K in a time of 26:42.12, and Carley Lutzow, who won the Women’s 5K in a time of 17.36.54.
The next four Eagles placed in the top-15 on the men’s side, giving the Eagles an overall score of 41. The second-place team on the men’s side was Stetson with 55 points.
On the women’s side, the Eagles put five runners in the top-30, giving them an overall score of 94. FIU won the meet with a score of 45 points.
The USF Invitational in Tampa wasn’t on the original schedule for FGCU. They were slated to travel to Tallahassee for the FSU Invitational, but, because of hurricane Michael, the Eagles had to adjust accordingly.
“Despite hurricane Michael preventing us from traveling to Tallahassee as previously planned, both Eagle teams were hungry and ready to compete today at the USF Invitational,” said head coach Cassandra Goodson.
The Eagles’ next race will be on Friday, Oct. 26, for the ASUN Conference Championship.