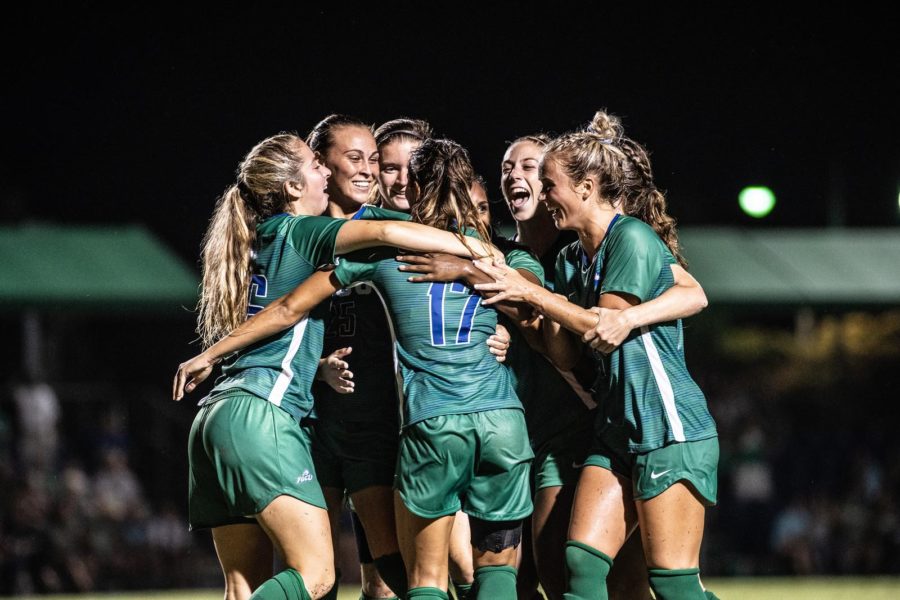 The FGCU women’s soccer team shut out Webber International 8-0 on Monday night.
The Eagles came into the game with a record of 10-3-2. The Webber International Warriors came with a record of 4-8.
“It gives us more confidence and to find out what works and what doesn’t,” FGCU’s Morgan Hawes said when asked about what an opportunity against a lower division school can do for the team.
The Eagles looked strong this game, with a repeat result of the last time these two teams met in 2017. Last year, the Eagles had a record 45 shots, with 22 of them being shots on goal with a score of 8-0.
Tonight, the Eagles played along those same lines, putting 38 shots up with 18 being shots on goal to rack up a final score of 8-0.
“I think we are ready to go,” Holly Fritz of FGCU said about where the Eagles stand currently. “Great teams battle through adversity, and we saw adversity and I think we’re coming out on fire, super hungry and super humble.”
With the win, the Eagles move to a record of 11-3-2 going into one last conference game against Stetson before the ASUN Conference Tournament. The current standings have the Eagles in fourth place in the conference standings.
“[The team] played well and got the result they were looking for,” FGCU head coach Jim Blankenship said. “We have the experience of being there and winning it multiple years, but at the end of the day, it’s about the preparation and execution.”
Next, the Eagles will face Stetson University at home on Saturday, Oct. 20.
Key points in the game:

12 Eagles scored a point in the game

11 Eagles took a shot on goal in the game.

In only her second game of the season, Morgan Hawes scored two goals.