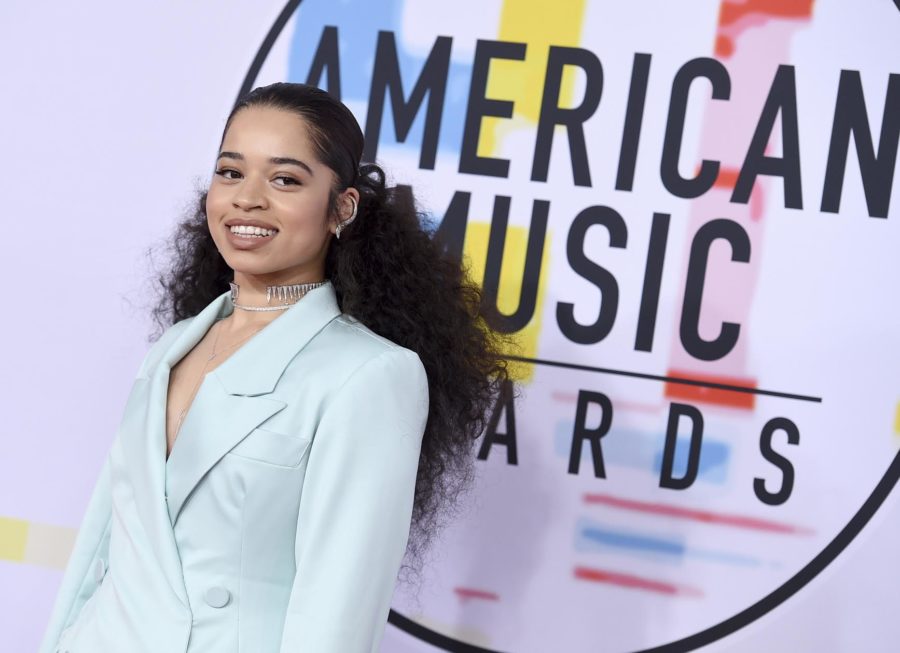 Photo by Jordan Strauss/Invision/AP // Ella Mai arrives at the American Music Awards on Tuesday, Oct. 9, 2018, at the Microsoft Theater in Los Angeles.

Ella Mai, British singer-singwriter known for her sleeper hit “Boo’d Up” released her eponymous 16-track debut LP on Friday, October 12.
The album chronicles the ups and downs of a complex relationship.
The first song is “Emotions,” a vocal interlude, where Mai shows the extent of her range and definitely confirms her ability as an artist.
On the track “Good and Bad” Mai shows her seductive side and her ability to intrigue. This track has to be one of my personal favorites from album. It’s catchy and automatically got me hooked.
The production on the track “Dangerous” is attractive as Mai delves into the risk of moving forward into a relationship. It echoes elements of hip-hop soul.
Meanwhile, “Sauce” is a nice song it’s kind of playful and conversational, which makes the track so much fun to listen to.
“Whatchamacalit,” which features Chris Brown, is a decent collaboration. It’s catchy, but it’s not the album’s strongest.
“Shot Clock” is a ‘dope’ track and really showcases why Mai and DJ Mustard have such amazing producer-singer chemistry. The track also shows her assertiveness.
“Own It” is the sexiest track on the album. It samples Adina Howard’s “T-shirt and Panties,” the sample fits perfectly.
“Gut Feeling” is an amazing song with newcomer H.E.R., and  the instrumentation is perfect. H.E.R’s voice balances Mai’s perfectly. It’s the best collaboration on the album.
“Boo’d” and “Trip,” however, are definitely the hits of the album. No matter how many times they’re played, those tracks will always stand out in their uniqueness.
Nevertheless, “Close” appealed to me the most. It was a track that transports and reminisces of 1990s R&B.
“Run My Mouth” continues with that hip-hop soul sound. The album also features ballads like “Easy,” “Everything” and “Naked,” but they didn’t stand out to me as much as the other tracks.
As the album concludes, it comes together as an acrostic poem. The songstress spells her name through the vocal interludes in and around the album, cementing her artistic identity.
This album has a nostalgic R&B sound, yet it’s contemporary. Without a doubt, Ella Mai’s debut is a start to a great career. It’s a solid R&B album, possibly the best since SZA’s Ctrl.