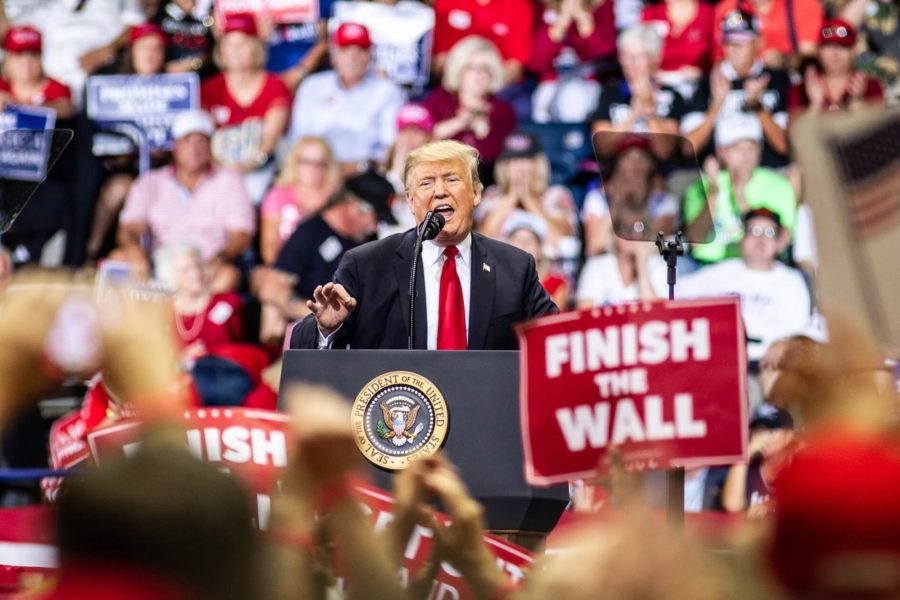 
The packed arena, which seats about 7,000 at full capacity, was painted red with Trump’s iconic “Make America Great Again” hats and came to life with chants and song in unison.
Trumped touched on topics like birth right citizenship, securing borders, sanctuary cities and cleaning up Florida’s waters.
“Birth right citizenship you know all about that,” Trump said. “We will keep the criminals, the drug dealers, we will keep them all out.”
Trump vowed to secure borders, stop sanctuary cities and “end the visa lottery.”
“For years you watched as your leaders apologized for America,” Trump said. “You now have a president who is standing proudly for you all.”
DeSantis and Scott joined Trump on the stage to discuss other points that voters see as essential.