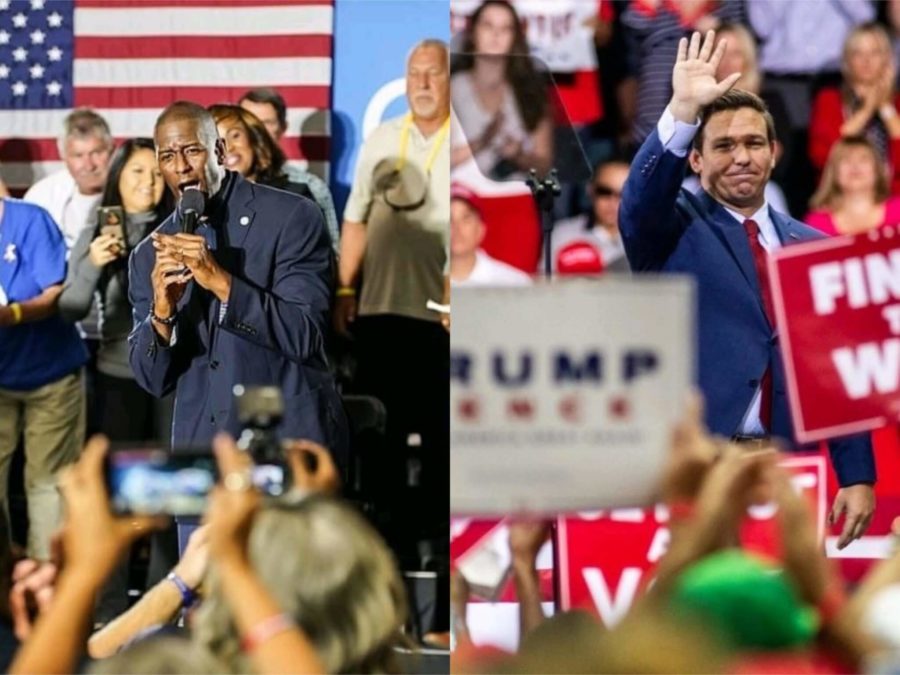 EN Photos by Bret Munson // Andrew Gillum, left, and Ron DeSantis speak at their respective rallies, which were both held this week in Fort Myers.

By Alexandra Figares
Editor-in-chief
A new poll released by CNN Thursday shows a tight race for Florida’s Senate and gubernatorial seats – and blue is in the lead.
The poll, which was conducted by Social Science Research Solutions, shows Mayor of Tallahassee Andrew Gillum leading the race by one point against Republican Ron DeSantis (49-48).
For the Senate race, Democrat Bill Nelson is in the lead with 49 percent of the “likely” vote and Republican Gov. Rick Scott follows behind at 47 percent.
While the poll does not provide definitive results for the race, research shows that 86 percent of registered voters and 91 percent of likely voters have made their mind up.
The study was conducted between Oct. 24 through 29 and yielded a margin sampling error of 4.3 percent.
Midterm elections will be on Tuesday, Nov. 6.