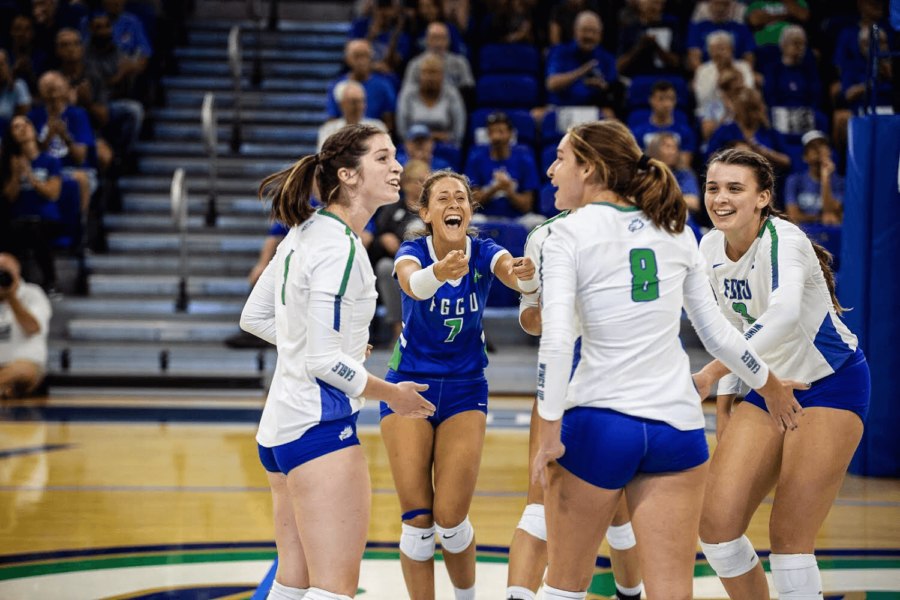 It was also recently announced by Volleyballmag.com that the FGCU volleyball team has ascended to number 25 in their latest Mid-Major poll, presented by the National Invitational Volleyball Championship (NIVC). This is the second time in program history for the volleyball team to achieve this feat, the first being in August of 2017 when they were ranked 24th.

“It’s always nice to see the program getting some national recognition,” FGCU head coach Matt Botsford said. “Over the course of the season, we have now had three separate ASUN teams represented, which really speaks to the level of play in our conference.”

The FGCU volleyball team will close out their season at home with a game against Liberty University on Saturday, Nov. 10 at 7 p.m., before preparing for the ASUN conference championship tournament.