Axner and Serrano receive final Player of the Week honors 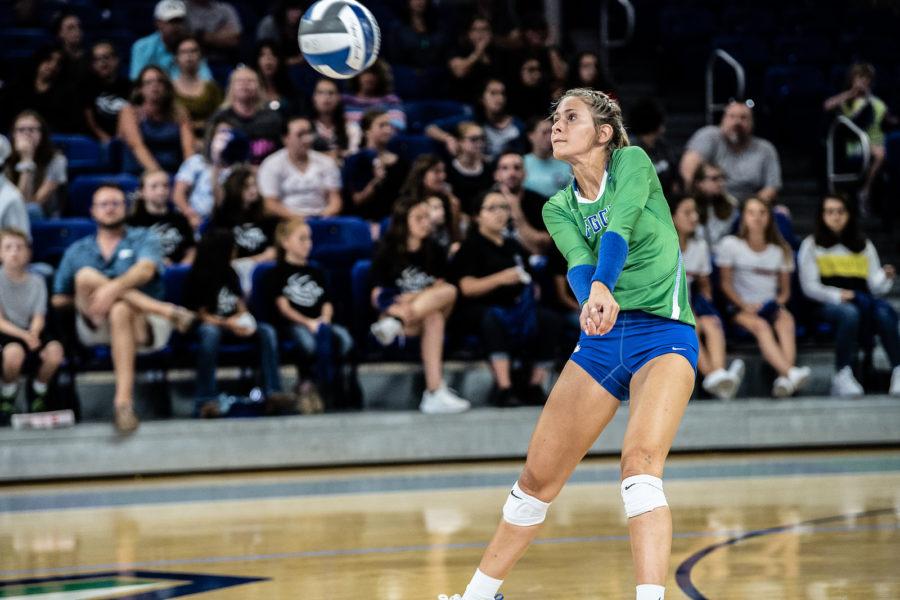 Axner has also officially broken the record for the most Freshman of the Week awards in the history of the ASUN conference, surpassing the previous record of five.

Axner has recorded 20 or more digs in the past four straight matches to add to her 11-game total this season. She also has 536 digs to her name overall, which currently places her at second-most in a single season in the Division-I era.

“Dana has proven herself to be among the best defenders in this conference time and time again,” FGCU head coach Matt Botsford said. “The speed she plays at is so impressive and you can see her processing the game a step ahead of most. What I like most about where she is at now versus the beginning of the season is her ability to insert herself into the match even when teams are trying to limit her impact.”

“Dani has been a model of consistency for us all year long, and she came up big once again in two matches that we needed to secure the championship outright,” Botsford said. “Her ability to influence the game both offensively and defensively has been a huge asset to us this team, and she just keeps finding ways to improve. Dani understands the game so well from the middle position and plays with a lot of maturity.”

With the regular season over, Axner, Serrano and the rest of the FGCU volleyball team will begin to prepare for the ASUN conference semifinals in Kennesaw, Georgia on Friday, Nov. 16 at 5 p.m.