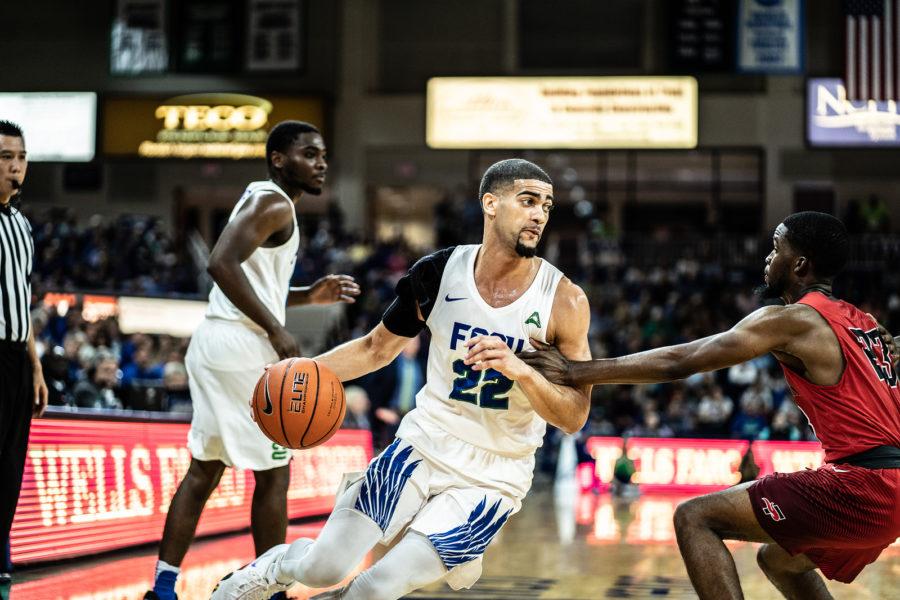 By Kyle Grosskopf
Assistant Sports Editor
The FGCU men’s basketball team will compete in the sixth annual Gulf Coast Showcase this weekend in Fort Myers on Nov. 19-21. This invite is for mid-major programs only.
For the tournament, only the men’s team will compete due to the women’s team traveling to a tournament hosted by the University of Hawaii.
The early season tournament will take place from Monday to Wednesday, but FGCU will have a game with South Dakota State University beforehand on Friday at Alico Arena.
“Our program is excited about participating in the Gulf Coast Showcase,”said FGCU head coach Michael Fly. “It’s a very competitive field and gives our fans a great opportunity to see us play quality opponents here in Fort Myers.”
The men’s team will start the tournament with a record of 1-2 after losing to No. 10 Michigan State on Sunday, Nov. 11 in Michigan.
The first game of the tournament for FGCU will be against Toledo, who has a record of 2-0 after beating Wilberforce University. If the Eagles beat the Rockets, they will move on to face either Colorado State or Louisiana University on Tuesday.
The last time the Eagles competed in the tournament, they lost in the championship round to the University of Wisconsin-Green Bay in 2014. The Eagles join a field that has four teams who have each won 20 or more games in 2017.
“I think it speaks volumes of how this event has grown since 2013 when you have two very recognizable programs such as Tulane and Colorado State, and yet they are not among your four top teams from last season in this field,” Brooks Downing said.