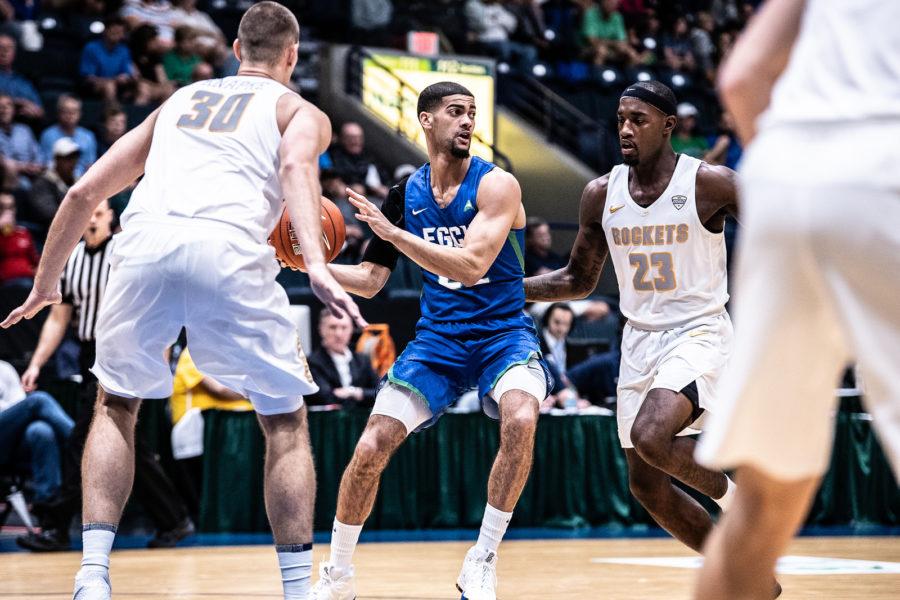 EN Photo by Bret Munson // Haanif Cheatham looks to pass the ball during a tournament game against the University of Toledo on Monday night.

The FGCU men’s basketball team suffered an 82-74 loss against Colorado State University in its second game of the week-long Gulf Coast Showcase this Tuesday afternoon.

Similar to their first tournament game against the University of Toledo, Haanif Cheatham led the Eagles offense with a team-high 18 points and six rebounds. Schadrac Casimir trailed behind Cheatham as the next leading scorer with 12 points, three of them being three-pointers.

Dinero Mercurius was also a key player throughout the game, adding seven points as well as three steals while playing all 40 minutes of the game.

“Credit Colorado State, I thought for most of the game they played harder and better than us,” said head coach Michael Fly. “I thought we turned it on at the end which unfortunately has been a theme for us the last week or so. We aren’t getting to a point where defense and rebounding are important to us until we get down. Then we start to defend and rebound, so then we get back in the game. I just told those guys, right now I got to get them to buy in to defending and rebounding and when we do that, which we will, then we’ll get good.”

Next, FGCU will look for a win in its last tournament game against the University of Texas at San Antonio on Wednesday, Nov. 21 at 11 a.m.