Eagles drop the ball in loss against UTSA 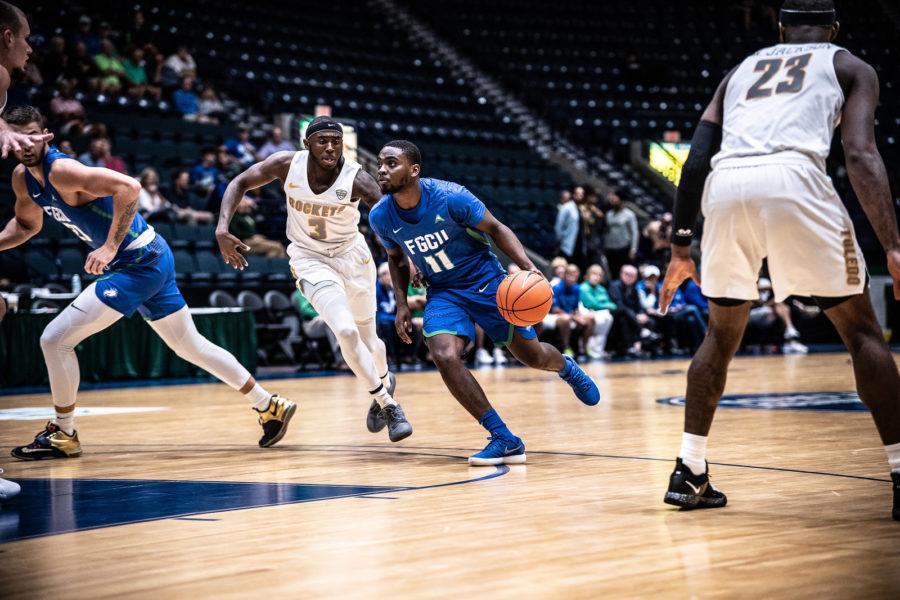 EN Photo by Bret Munson // FGCU men's basketball's Schadarac Casimir heads down the court in a game against the University of Toledo in the first round of the Gulf Coast Showcase.

By Jordyn Matez
Assistant Sports Editor
The FGCU men’s basketball team suffered a 65-76 loss against the University of Texas at San Antonio Roadrunners in the final round of the Gulf Coast Showcase on Wednesday afternoon.
The Eagles played three games throughout this past week in the Gulf Coast Showcase and dropped all of them, bringing their overall record on the season to 2-5.
UTSA was down by two at halftime, with FGCU leading 36-34, but a 12-3 run by the Roadrunners early in the second half gave UTSA the advantage they needed to secure a win.
Christian Carlyle once again led FGCU with 16 points, with transfers Schadarac Casimir and Haanif Cheatham also adding 14 points apiece.
Next, the Eagles will hit the road to face Florida Atlantic University in Boca Raton, FL on Sunday, Nov. 25 at 3 p.m.