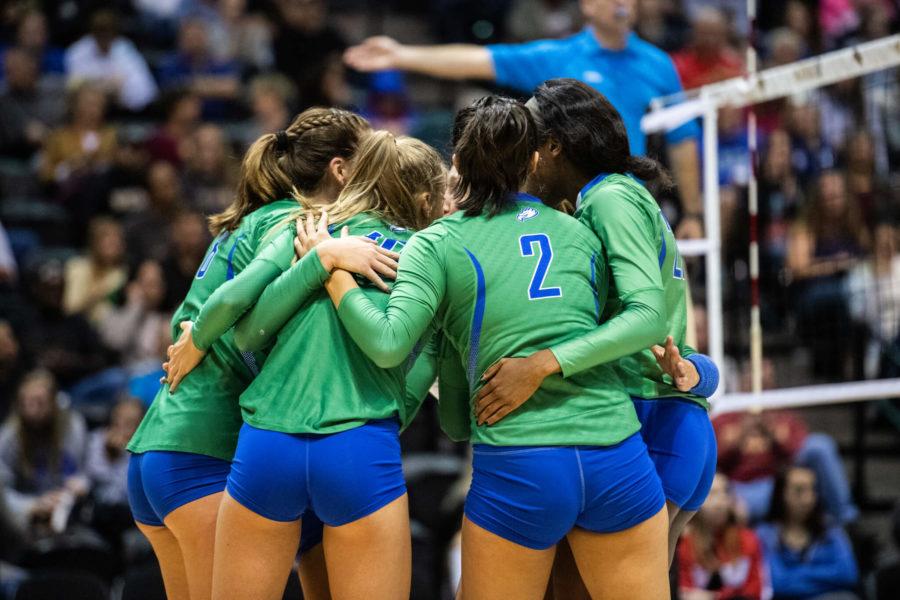 The FGCU volleyball team ended its 2018 season with an 3-0 loss to the University of Florida in the second round of the NCAA tournament on Friday night.

Regardless of their season ending, the Eagles still achieved nothing less of a historic season.

During this week alone, FGCU saw its first NCAA tournament appearance, first tournament win and the NCAA’s first ranked team upset of the tournament with their 3-2 elimination of No. 13 UCF.

In its match against UCF, FGCU extended its winning streak to 16 straight, a Division I record, while also ending UCF’s 24-win streak.

This was also their 27th win of the season, tying the program’s Division I era record for the most wins in a single season.

Individually, Dana Axner broke the program’s record for the most digs in a single season with her 29.

Cortney VanLiew had another impressive performance in tonight’s loss against the Gators, logging 12 kills over three sets.

On the defensive side, Maggie Rick and freshman Chelsey Lockey both had 12 assistances apiece, while Axner logged 17 digs.

The Eagles end their season with a 27-7 overall record and an innumerable amount of broken records, including their first ever NCAA appearance and advancement into the second round of the tournament.