Women’s basketball runs out of time in loss to UAB 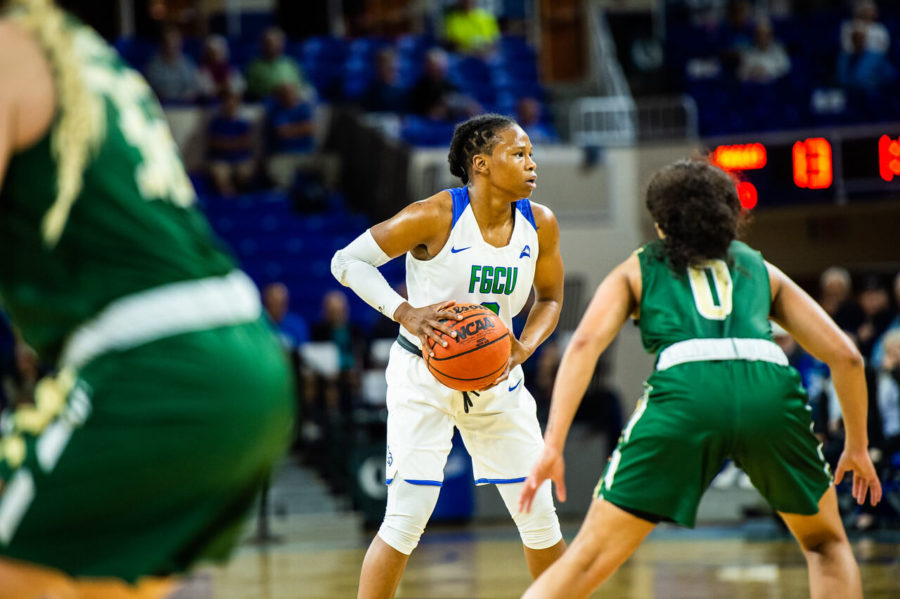 Lisa Zderadicka put up a last second shot to try and tie the game for the Eagles. Her layup rimmed out, snapping the Eagles’ seven-game winning streak with a loss to UAB.

Zderadicka had 15 points in the contest, but Nasrin Ulelled the Eagles with 24 points. Of those 24 points, 13 came in the fourth quarter as she led a comeback to bring the game within one.

“This is a tough loss,” FGCU head coach Karl Smeskosaid. “I thought we competed on the defensive end, but we didn’t execute offensively at a high enough level to win, and we didn’t shoot it well enough. The shots were hard to come by. They are a really good defensive team, but when we had our opportunities, we didn’t shoot it very well.”

Davion Wingate also contributed on offense scoring nine points. She scored eight of them in the third quarter while FGCU was down by eight points.

Tytionia Adderly helped out in a big way by making 14 rebounds, three assists and two steals.

The Eagles will face Duke on Dec. 30 for their next game. The Blue Devils recently had a 21 home-game winning streak snapped. This will be the first time the two teams meet.