Women’s basketball falls on the road to Duke 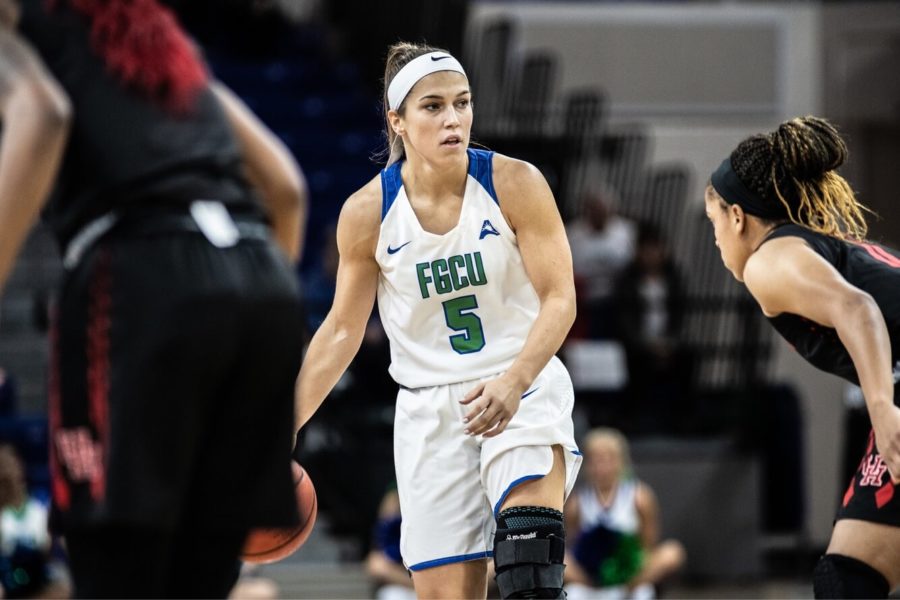 The FGCU women’s basketball team lost a seemingly close match to Duke University 57-41 on Sunday afternoon. The Eagles fell short in the second half after remaining relatively close in points throughout the first two quarters.

Nasrin Ulel led the Eagles offensively, scoring 11 points throughout the matchup. Ulel was assisted by Tytionia Adderly, who racked up eight points and a team-high three steals, and Destiny Washington-Mabin, who totaled seven points and led the team in rebounds (9) and blocks (3).

Though team is known for ‘raining threes’, the Eagles failed to live up to the hype against Duke, going only 18.9 percent behind the three-point line.

“I was really proud of our effort defensively,” FGCU head coach Karl Smesko said. “I thought we really competed on the defensive end. Offensively, Duke has some really good athletes (with) length, and I thought they made us a little tentative in our zone offense attack. We weren’t moving the ball as well as we would have liked and that led to us having some tough shots, and when we got wide open shots maybe we were a little rushed or something, but we didn’t shoot it like we were hoping to.”

Next, the Eagles will return home to battle Liberty University in their first conference match of the season on Saturday, Jan. 5 at 4 p.m.