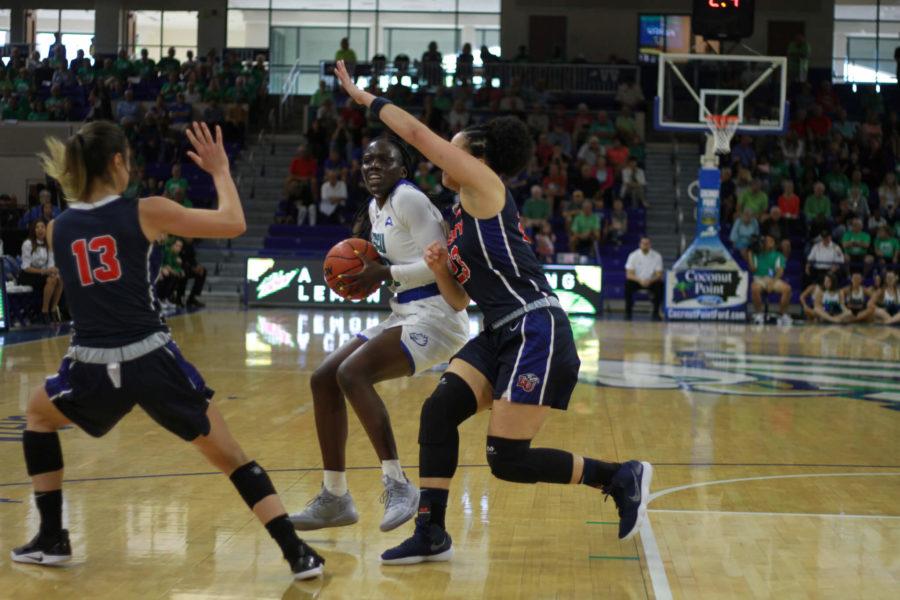 In the first game of conference play, FGCU beat Liberty University 68-50 on Saturday, Jan. 5. The Eagles forced nine turnovers in the first half and seven in the second half.

“I was pleased with the defense in the first half,” said FGCU head coach Karl Smesko. “I thought everyone competed defensively, but the only downside is we gave up too many second shots in the second half.”

In the first half of play, Liberty University got into foul trouble letting the Eagles get to foul line to attempt 17 free throws. The Eagles would convert 13 of them, and overall the Eagles attempted 23 free throws and converted 18 shots.

“We got them in foul trouble in the first half, that also helped extend the lead,” added Smesko.

Keri Jewett-Giles helped out the team in a big way getting 13 points, five rebounds and two assists.

“[Coach] does a really good job preparing us, but it’s our job to go through and play hard,” said Ulel.

Up next for the Eagles, they take on North Alabama on Jan. 8 away. Against the Lions, the Eagles are 3-0.