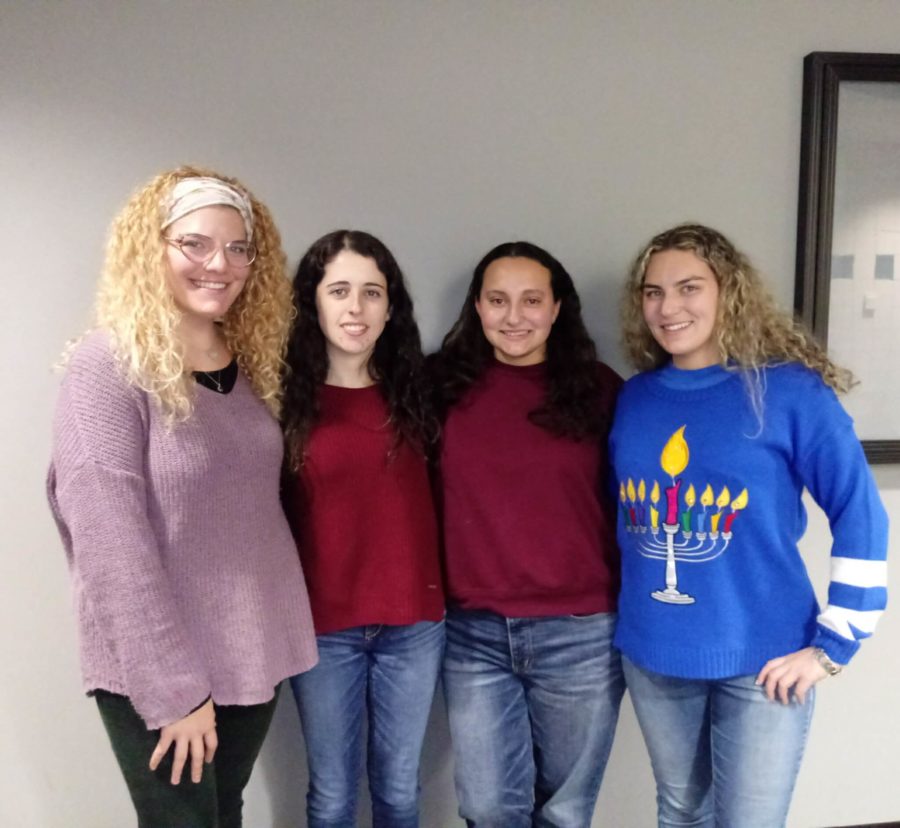 As December begins and the holiday fever comes in full swing, people everywhere are being immersed in the celebration of holiday and remembrance. Though among the plush reindeers and Santa pictures and the popularity of Christmas, the phrase “Merry Christmas” doesn’t apply to everyone during the last month of the year.
This past Thursday, the FGCJews held a celebration of the holiday Hanukkah with a movie night and a potluck of traditional Jewish food.
The event was held in a classroom in Reed Hall. Members of the group filled the rows of chairs and the room with chatting and laughter while a makeshift table held plates of food while Bohemian Chanukah, an adaptation of the Queen song, played on YouTube.
The motivation for the club’s inception came from Lana Schreier and Shoshana LeVine, the current president and co-creator, respectively.
They brought the club to life this past August with the purpose of creating a place for Jewish students to come together and celebrate their religion and culture in a safe and welcoming environment, and not to exclude those who are interested in learning about the Jewish faith.
“I was tabling at Eagle Expo for the club before when there was just a sorority—when it was called Jewish Girls of FGCU,” Schreier said. “There were so many parents and guys who were asking ‘Is there a club for guys who don’t want to be in a fraternity?’ I was thinking to myself, wow, these people are really interested in joining a club that is inclusive to everyone!”
Before the club, there wasn’t a place for Jewish students to gather who didn’t want to live a frat experience.
Compared to the number of Christian students at FGCU, students practicing Judaism are a minority in the student body population, according to Schreier.
The FGCJews’ Hanukkah celebration ended with full stomachs and content club members.
Though the fall semester is ending and clubs will be put on hold during the break, FGCJews already has several events planned for spring. These include a trip to the local Holocaust Museum and a bowling night in January, a dance marathon fundraiser and a social at an ice-skating rink.
Meetings for FGCUJews are scheduled to return on Jan. 17 at 8 p.m.