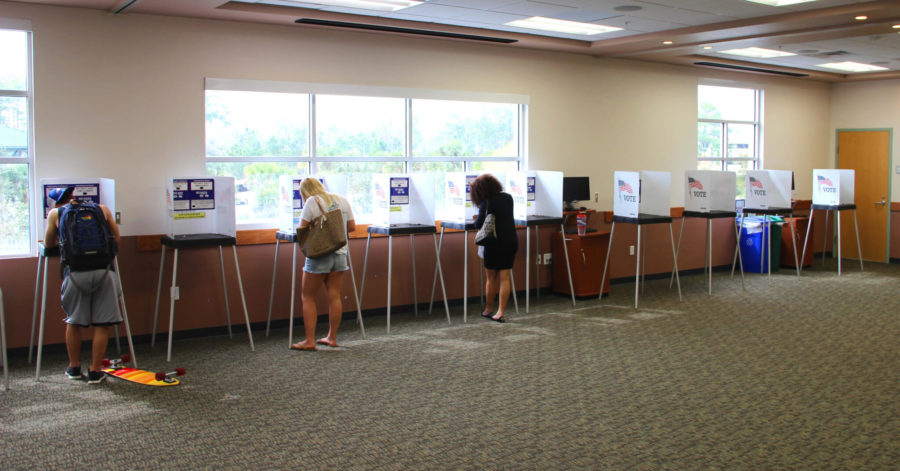 On Tuesday, Feb. 26, students will be able to participate in the annual Student Government elections.

Election campaigning will begin on Feb. 19 and will run through the 28th, and students will be able to vote for the next student body president, vice president and treasurer – among other things.

So, how can students get involved in the elections?

“I think the best way for students to learn about candidates is to visit their tables,” Senate President Brian Cummings said. “At tables, they (candidates) typically distribute platforms on cards and have different representatives at the tables explaining more about their respective platforms.”

Cummings said that candidates like to ask students about their concerns and what they can do to try to help, and there are various ways to learn more about candidates.

“Also, the president, vice president debate would be a good way to get a better feel of the candidates.”

As elections approach, there are ways for students to stay informed and learn about how the election process works.

For example, Student Government elections follow an election code, which outlines election qualifications for students running for positions, campaigning rules and a code of ethics.

Student Government also assigns a supervisor of elections to oversee the election cycle and oversee an election committee.

Candidates interested in running must be in good academic standing with the university, have a 2.0 GPA and must adhere to credit hour requirements.

Door to door campaigning is also not permitted.

According to Supervisor of Elections Patrick Maguschak, students interested in running for a Student Government position must fill out and turn in the elections packet by Wednesday, Feb. 6 at 5 p.m. in the Office of Student Involvement.

Students can vote online via Eagle link or designated polling station in the Cohen Center ballroom.