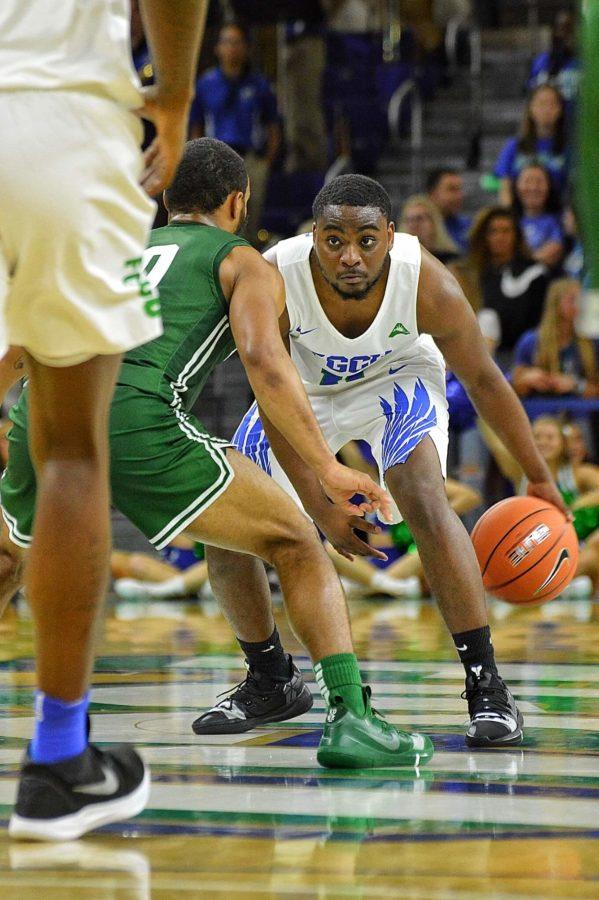 By Kyle Grosskopf
Assistant Sports Editor
The Eagles dropped their sixth ASUN loss away against Liberty 74-67 on Feb. 9. The loss broke a two-game win streak.
Schadrac Casimir led the Eagles scoring 33 points and earning five rebounds. This was his third game this season scoring above 30 points.
“You have to give credit to Liberty tonight for making the plays down the stretch to win the game,” FGCU head coach Michael Fly said. “I was really proud of our fight down 14 to cut it back to two, but they made a few more plays than us down the stretch. We will learn from tonight and prepare for NJIT on Wednesday.”
The only other Eagle to score in double-digits was Dinero Mercurius who scored 16 points, all in the second half.
The Eagles shot 47 percent from the field and 42 percent from the 3-point line, while Liberty shot 43 percent from the field and 36 percent from the 3-point line.
Liberty had more points in the paint, second chance points and fast break points.
At half time, the Eagles had the game close 35-31, but Liberty made runs late and the Eagles couldn’t keep up.
Up next for the Eagles, They will take on NJIT on Wednesday, Feb. 13 at 7 p.m.