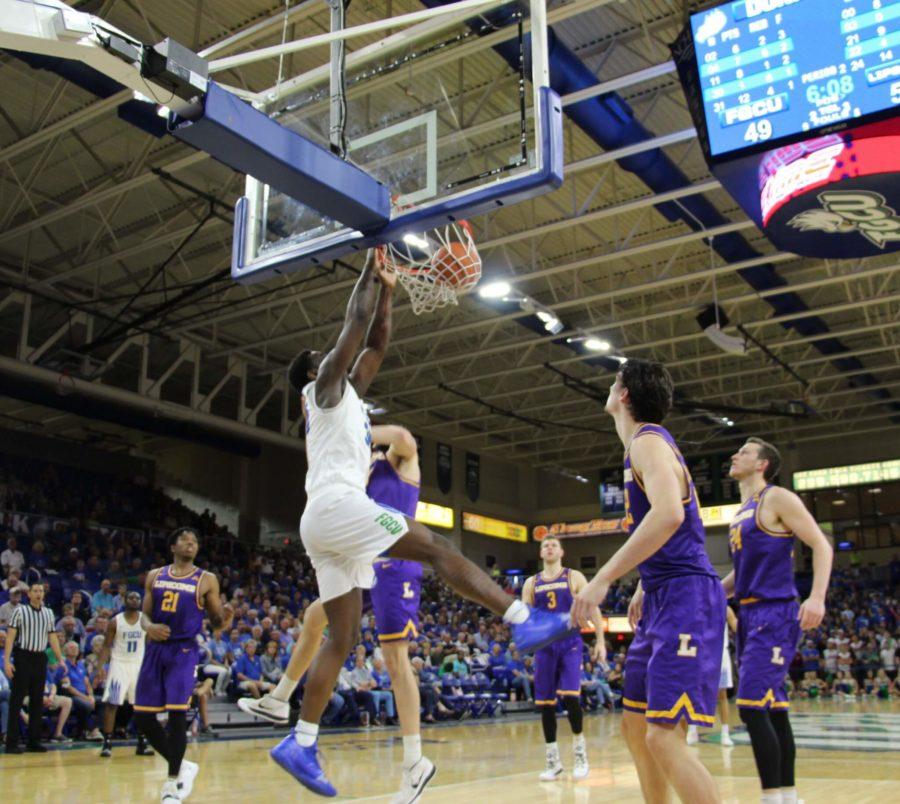 The Eagles move to an overall record of 12-17 and a conference record of 7-7.

Dinero Mercurius led the Eagles in scoring with 16 points. He also added two assists, five rebounds and one steal.

The Eagles continue a home win streak of six games with their last loss coming from Liberty back on Jan. 5.

“We realized as a team, we didn’t play our best against Stetson, so we wanted to make up for it,” said Mercurius.

On defense, the Eagles locked down Lipscomb and Brian Thomas and Zach Scott led the charge.

In the closing minutes of the game, the Eagles pulled away giving themselves a nine-point lead with Brady Ernst helping getting three rebounds to help close the game out.

Up next for the Eagles, they take on Kennesaw State at home on Saturday at 7 p.m.