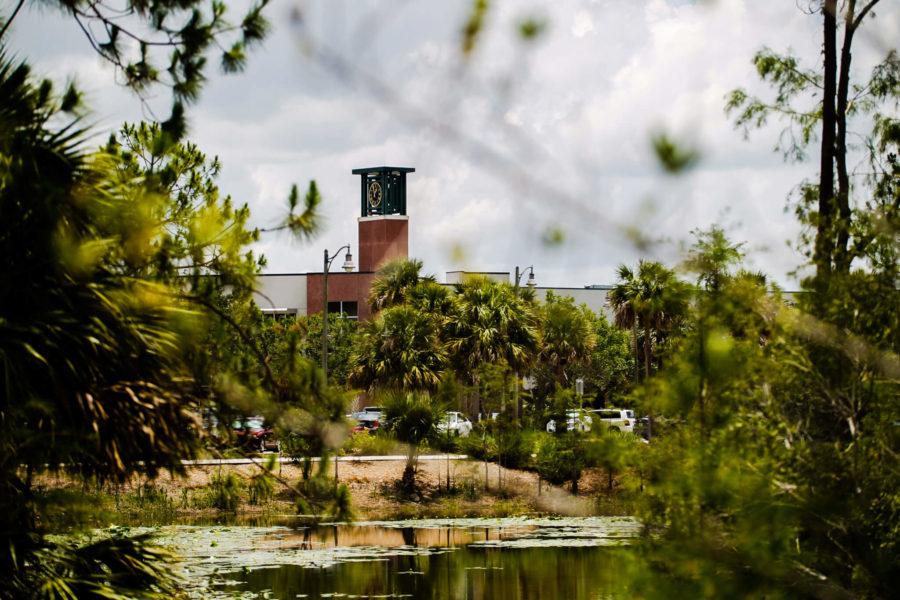 By Alexandra Figares
Editor-in-Chief
Presidential candidate Josh Ballin along with running mate Kayla Reiter are running for Student Government’s executive positions unopposed.
“It’s a really cool feeling. Something we didn’t necessarily except,” Ballin said. “It takes a little bit of stress off the campaign, but it doesn’t change our mindset.
Ballin said that the entire campaign is based on student’s needs and letting them know that the platforms came directly from them.
Reiter said that this experience is different because for the past two years, she has ran in Student Government elections with opposing parties.
“Instead of trying to sell our party and trying to get votes we have the opportunity to listen and hear the students concerns and get to know them,” Reiter said. “So that’s something that’s super important to us. We’re not only introducing ourselves but were getting to develop these relationships with students.”
On Wednesday, Feb. 20, the candidates met with students in the Cohen Center for a debate to discuss their platform.
Guided by a moderator, the debate, which took the form of a town hall, addressed issues like incidents of racism on campus and how to make FGCU a more welcoming to minority students.
Ballin said that the biggest thing student leaders can do is educate the student body.
Under the party’s diversity platform, the candidates plan to introduce inclusivity training for registered student organizations, open forums and diverse Ted Talks to campus.
“We have students from every walk of life on campus,” Ballin said. “From all around the world, and to educate students in the right away about all different races, all different religions, all different sexual orientations and things like that, that is how we solve this problem.”
Reiter said that there’s no guide book on how to deal with racism, but there are “correct outlets” to make students feel comfortable and prevent “future issues from happening.”
“We take it as a personal experience and our leadership quality, wel’l take experiences and we’ll be able to help students,” she said.
The candidates were also asked about parking and what they planned to do to ease parking frustrations.
Ballin said that the parking situation is something that is “out of Student Government’s control” due to funding.
However, he suggested ways to mitigate parking concerns, like offering more shuttle services and a potential golf cart service.
“We can look into talking to the administration and seeing what the feasible options are because we can’t build another parking garage,” Ballin said. “We can’t build another parking lot, but we can definitely look into ways to make parking easier for students.”
The candidates also suggested a bike rental option under its sustainability pillar, which would allow students to swipe their ID’s and rent a bike for the day.
Reiter said parking was more of a convenience issue, but there were outlets to make it easier.
The Green Blue and You party’s platform focuses on five pillars: culture, diversity, outreach, sustainability and their “one team, one you” initiative, which aims to promote Student Government transparency, higher wages for student workers and increase student study spaces on campus.
Other initiatives include phasing out plastic straws, preferred name’s/pronounce on FGCU ID’s, student discounts in the community and LYFT discounts.

Voting will begin on Tuesday, Feb. 26 and will run through Thursday, Feb. 28. Students can vote via Eagle Link or in the polling stations in the Cohen Center.
“I think it’s pretty interesting that their actually going to reach out to certain issues that are on this campus,” Biology major Saphire Gonzalez said.