Beware the ides of campus WiFi 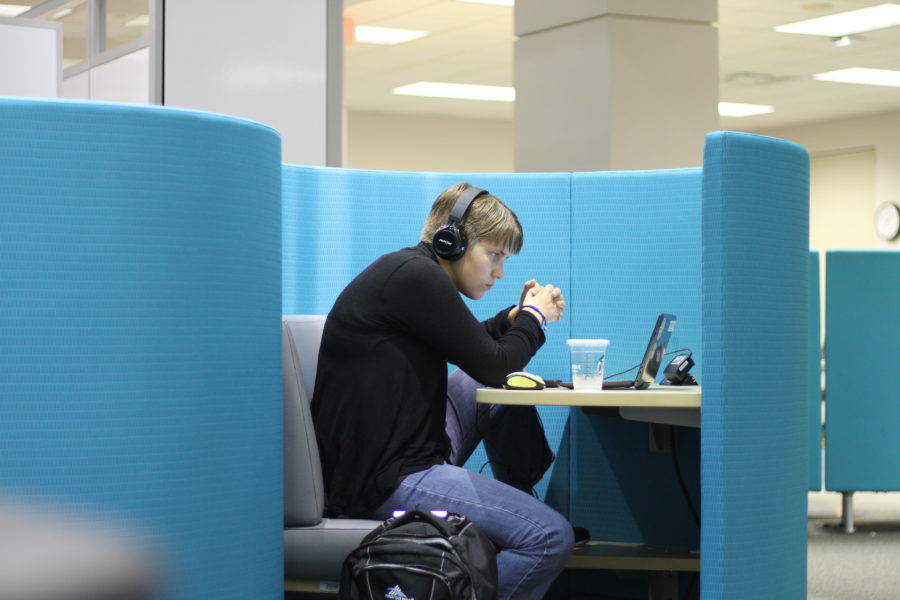 Imagine this. You’re on the 2nd floor of the library, sitting in an individual pod, working frantically to complete an assignment that’s due at midnight. Your iced coffee is down to it’s last sips, and you’ve gotten to the finishing touches of the assignment.

Then it happens. It’s 11:54 when you head over to canvas, confident that you’ll get it submitted in time; then suddenly, your browser stops working.

Your heart immediately drops into the pit of your stomach, and you try hitting the refresh button at least a dozen times.

It is now 11:57, and you are thinking of any other possible way you could get your assignment in, while staring at the screen waiting to see that beautiful word of confirmation.

The clock moves to 11:58, and now, you are really panicking. But finally, your screen flashes to a new page, and a glorious ‘submitted’ appears.  You let out a sigh of relief and smirk a little knowing you finished just in time.

With the exponential increase in internet-connected devices to access learning resources on campus, Wi-Fi is an essential tool to the educational environment.

Unfortunately, across the FGCU campus, Wi-Fi can be spotty, with some buildings having better access to the internet than others. New technology will be implemented soon that should help speed up internet access.

“Campus Wi-Fi is a great feature…when it works,” freshman Hannah Cushing said. “It really needs to be improved throughout the library, especially on the west side.”

With the technology era in full bloom, Wi-Fi has an expectation to perform to the standards students are used to, and that means a high-speed internet service.

“Usually it’s decent and I have no complaints,” senior Alex Otto said. “But there are moments in the library, when tons of people are on the Wi-Fi, where it is awful, and I can’t get work done.”

While students have complained about the library being a hotbed for Wi-Fi issues, there have also been complaints about access in Seidler Hall, Merwin Hall and the music building.

“Wi-Fi in the music building particularly is slow,” freshman Kristy Lamb said. “Everybody in here constantly complains, and teachers have trouble pulling up activities.”

Jalisa White, Student Body President, acknowledged the campus Wi-Fi issue in last’s year campaign and made a promise to fix it.

“ITS has also added new Wi-Fi infrastructure in all major buildings on campus, which has helped speed it up,” White said.

Nine out of 10 college students in the United States say Wi-Fi access is as essential to education as classrooms and computers, and nearly three in five say they wouldn’t go to a college that doesn’t offer free Wi-Fi, according to a 2008 study by Wi-Fi Alliance and Wakefield Research.

“If I’m paying this much for tuition, the Wi-Fi should be able to handle the students on it,” Otto said.