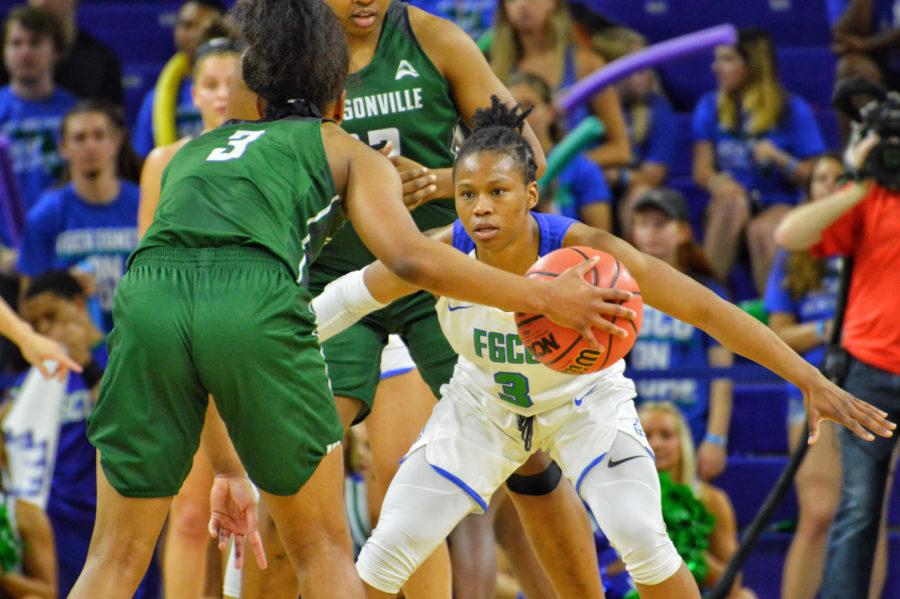 The FGCU women’s basketball team defeated Jacksonville 68-62 on Saturday, much in part due to a spectacular 28-point performance by Keri Jewett-Giles.

With this win, the Eagles snag their 15th win in a row and have yet to be beat in the ASUN conference.

Jewett-Giles, who saw a career-high performance on Saturday, shot 8-for-12 (5-for-8 from behind the 3-point line) and added four assists and three steals.

“That was a very tough game,” FGCU head coach Karl Smesko said. “Fortunately, we made some defensive plays down the stretch. Also, Keri had a tremendous game, and we needed it.”

Next, the Eagles will close out their regular season and look for an undefeated season in the ASUN conference with a home game against Stetson on Tuesday, Mar. 5 at 7 p.m.