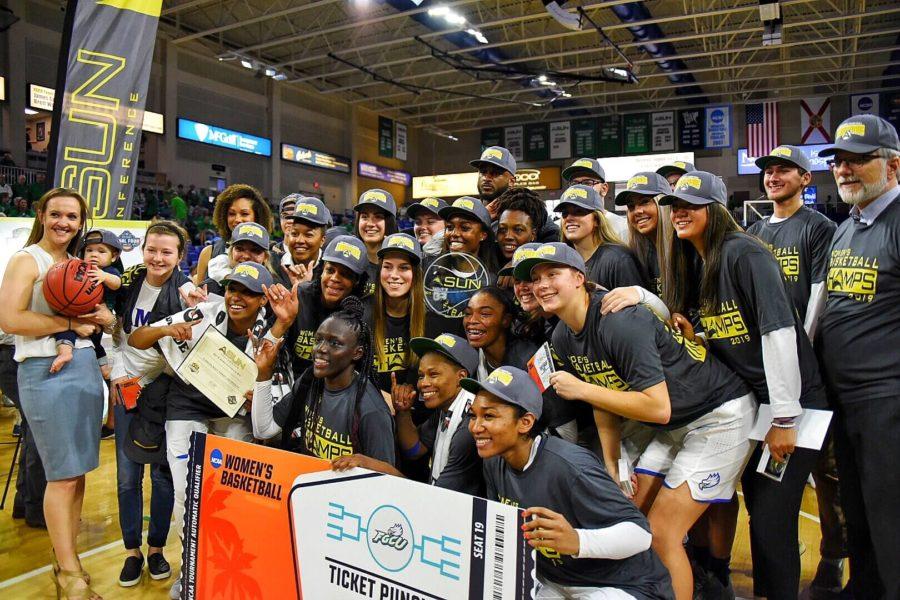 Jewett-Giles named tournament MVP
Kyle Grosskopf
Assistant Sports Editor
The FGCU women’s basketball team won the 2019 ASUN Conference Championship 72-49 against Liberty for their sixth conference title on March 17.
From the start of the game, the Eagles went on an 11-2 run in the first four minutes of the first quarter led by Keri Jewett-Giles.
“I just thought we got off to a great start today with Keri scoring a bunch early,” said FGCU Head Coach Karl Smesko. “It was a game where everybody played well.”
Jewett-Giles would go on to score 21 points, six rebounds and six assists while being named tournament MVP in 37 minutes of work.
Other Eagles contributed in big ways with Davion Wingate and Destiny Washington scoring 14 and 12, respectively. Tytiona Adderly added 12 rebounds, six assists and four points.
This is the third straight year the Eagles have moved onto the NCAA tournament.
“We have these leaders on our team that can help everybody else understand what the preparation for an NCAA tournament game, said Smesko.
The Eagles shot 45 percent from the field, 34 percent from the three-point line and 64 percent from the free-throw line.
“They thought we were going to be a lot worse this year because of who we lost,” said Adderly. “The redshirts were a big key to our success.”
The Eagles will find out who they play in the first round of the NCAA tournament on Monday, March 18 at 6 p.m.