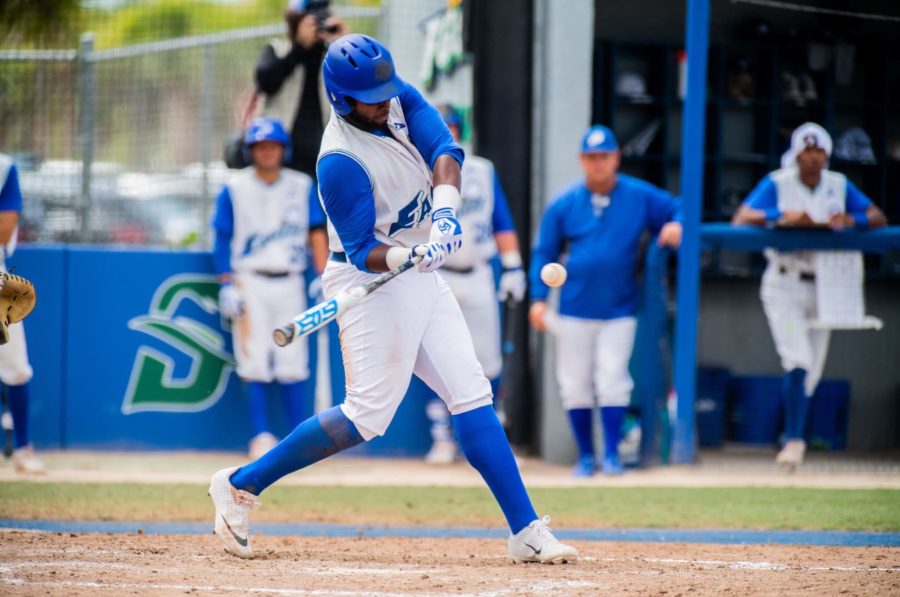 Junior infielder Elijah Eusebio became the second Eagle to hit two home runs in a single game this season in the final game of FGCU’s series against UNF this weekend, where they went 1-2.

These were also Eusebio’s first and second career home runs.

Regardless of Eusebio’s two home runs and six RBIs over the final game of the series, the Eagles fell to the Ospreys 14-8 for their second loss of the weekend.

The other loss came on Friday night, where the Eagles fell 4-7. The only win of the weekend was seen on Saturday, where FGCU defeated UNF 5-2 for their first conference win.

This was also the first ASUN conference matchup and the first series loss of the season for the Eagles.

Next, FGCU will play a two-game series against UNF, beginning with a home game on Tuesday, Mar. 26 at 6:30 p.m.