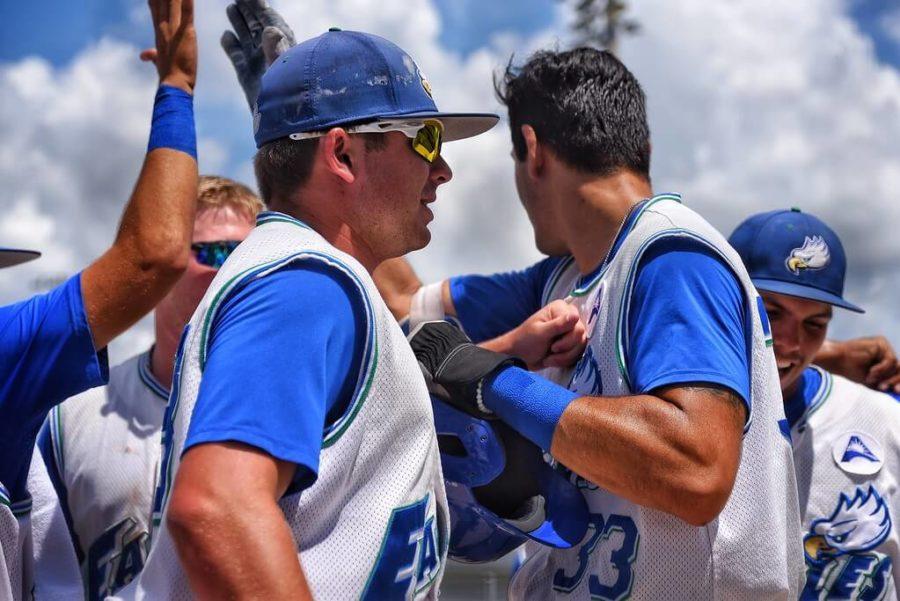 By Jake Henning
Staff Writing
The FGCU men’s baseball team shut out FIU with a 3-0 win on Tuesday night, the first in a two-game series.
Sophomore pitcher Tyler Shuck had an impressive performance, only giving up two hits and one walk in six and two-third innings. He also struck out six FIU batters, grabbing his fourth win of the season.
The Eagles started right away in the first inning, with their leadoff man Marc Coffers reaching on an infield error. A double from Jay Hayes and groundout from Kohl Gilmore, would bring home Coffers to score the first run of the game.
In the bottom of the fourth, Erik Gonzalez, Marc Coffers, Alex Brait and Kohl Gilmore would all get hits to bring their lead up to 3-0.
The Panthers couldn’t produce any offense, with their only two hits coming in the fifth and seventh innings.
All FGCU pitchers combined to have eight strikeouts, six of them coming from starter Tyler Shuck. Relief pitchers Sebastian Gruzsecki and Hunter McGarry finished out the last two innings of the game, giving up no hits and striking out two. This was McGarry’s third save on the season.
FGCU will play FIU Wednesday night at 6:30 p.m., the second game in the series taking place at FIU Baseball Stadium in Miami.