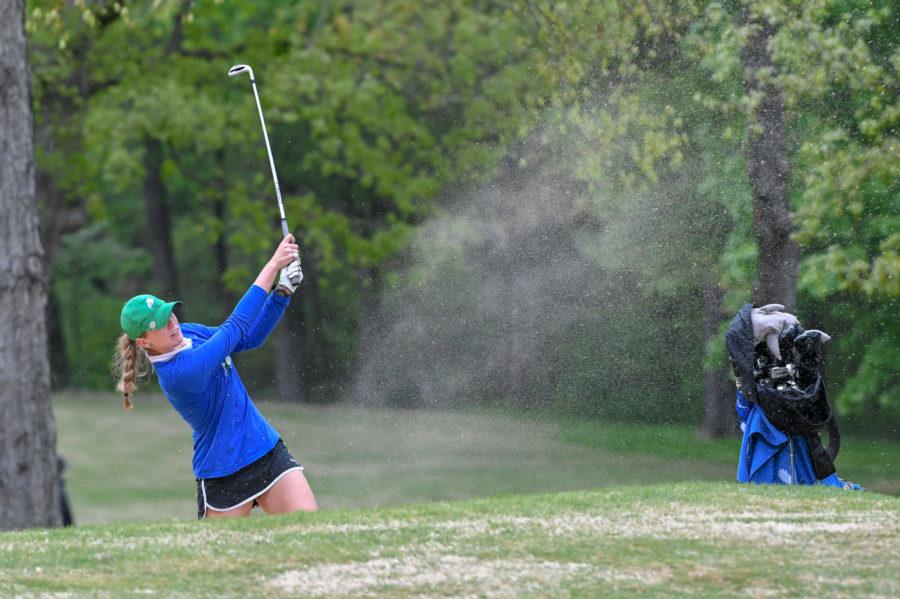 By Jordyn Matez
Sports Editor
The FGCU women’s golf team competed in the annual Brickyard Collegiate on Monday, with Tuesday’s second round being cancelled due to weather conditions that deemed the course unplayable.
The Eagles remained underdogs going into the tournament that featured 13 teams ranked within the GolfStat top-100. FGCU, ranked 108, still entered the competition having finished among the top two in four consecutive tournaments.
This competition also marks the first time in the spring season the Eagles did not place among the top two.
Following a 36-hole marathon round that included a two-hour lightning delay and less-than desirable playing conditions, the team finished the first round 612 (+36) overall.
This placed the Eagles in a tie for 12th-place, where they would remain at the conclusion of the tournament.
Senior Madeline Marck-Sherk paved the way for the Eagles in her final regular-season tournament as an Eagle, shooting a second-round 73 to tie for 30th individually. She led the team overall as well with a 150 (+6) after two rounds.
Following close behind was sophomore Natalia Nassar with a final score of 153 (+9) to tie her up at 47th.
Laura Edmonds (154), Kelsy Holbert (155) and Alisa Clark (158) were all separated by four strokes by the end of the day and sat tied for 53rd, 57th and 63rd, respectively.
“It was a battle out there just from a weather standpoint and it being a marathon day,” FGCU head coach Sarah Trew said following the conclusion of day one. “I think we are putting too much pressure on ourselves.”
The Brickyard Collegiate marked the end of the Eagles’ regular season, and the team will begin preparation for the ASUN tournament, which will begin Apr. 21 and continue throughout Apr. 23.