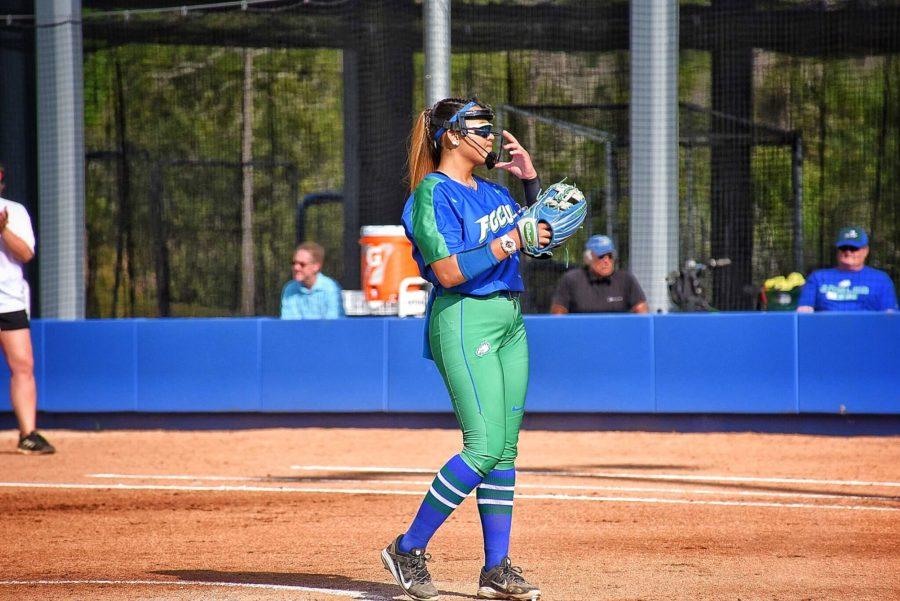 By Kyle Grosskopf
Assistant Sports Editor
The FGCU softball team continues impressive play this season after winning six games in a row by a combined score of 30-7 against ASUN competition.
The dominant play is thanks to the pitching staff that has combined for a total of four complete games in the last six games.
The Eagles pitching staff is lead by Riley Randolph who has a record of 15-7 over 22 starts. Randolph has an ERA of 1.14 that puts her tied for 13th in the nation, and her 178 strikeouts tie for 17th in the nation, as well.
Over the entire season, Randolph has thrown a total of 17 out of the team’s 24 complete games. Of those 17, six of them were shutouts.
Randolph isn’t the only pitcher for the Eagles that is throwing well. Marissa Mesiemore has an ERA of 1.89, eight wins, five complete games and 48 strikeouts over 77.2 innings.
Most recently, Mesiemore helped the Eagles by throwing two complete games and one game where she threw 6.1 innings.
Those 30 runs were scored from the high-power offense led by Racquel Fournet and Reedy Davenport. Fournet and Davenport have combined for a total of 45 RBIs, 74 hits and six home runs.
Kelly Kate is also making a big impact, leading the team with a .373 average (44-118) and adding 17 stolen bases on 20 attempts.
The Eagles have had some big wins this season, with two of the wins against No. 15 Indiana and No. 21 Minnesota.
The other impressive win was an exhibition game against the No. 2 team in the world, Japan.
The team has earned four weekly awards, with Randolph earning three ASUN Pitcher of the Week and Mesiemore winning one ASUN Pitcher of the week.
The Eagles look to stay hot as the season starts to wind down as they go into their last three series before ASUN Softball Championship starting May 8.