Transgender people should be able to serve in the military 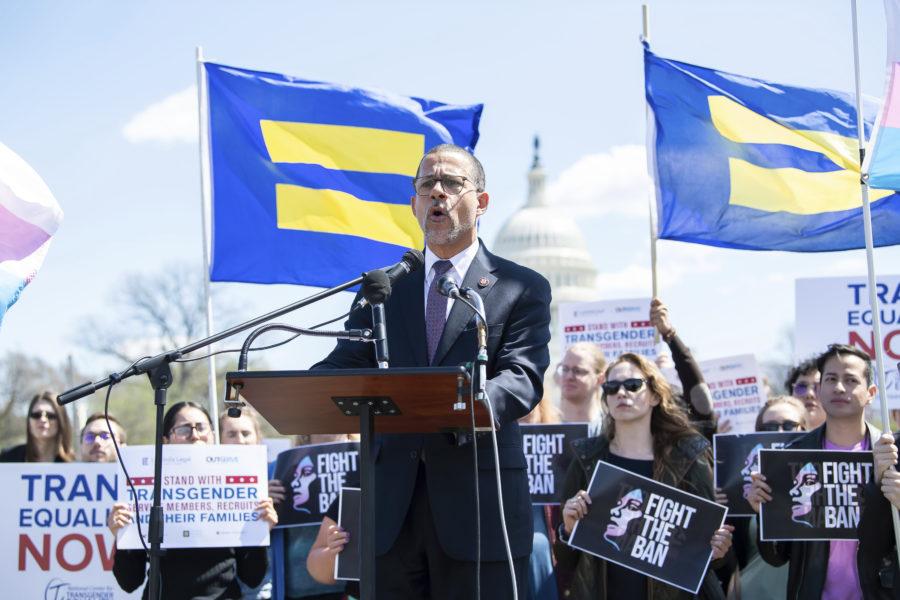 By Lauren Miceli
Contributing Writer
President Donald Trump’s transgender military ban went into effect Friday. The president is notorious for his Twitter usage, but his 2017 tweet about transgender people serving in the military was unexpected.
A section of the post stated, “The United States Government will not accept or allow transgender individuals to serve in any capacity in the U.S. military.” Since then, the Trump administration fought for that policy to be enforced.
Trump’s first proposition to ban all transgender people from the military fell short. The policy went through revisions, and the final version focused on gender dysphoria. People diagnosed with gender dysphoria experience substantial stress and discomfort because they do not associate themselves with the gender they were assigned at birth.
As a person who considered enlisting in the military after high school and struggled with my gender identity, to me this new rule is, as ACLU’s Staff Attorney Joshua Block so eloquently put it, “transphobia masquerading as policy.”
Members from the Department of Defense might portray this policy as something that strengthens the military and saves the government money, but it was founded on intolerance and discrimination.
This policy is not about money like Trump originally said. According to data released by the DoD, it has spent $8 million on transgender care since 2016. AP News reported that the military receives about $50 billion annually for health care, so transgender care does not even account for 1 percent of the budget.
The United States as a country is supposed to focus on what people can do instead of who they are. This policy is the exact opposite of that principle. It will not strengthen the military like Trump believes. It segregates service members and weakens the armed forces by pushing them to become one person at home and another at work.
In February, ABC News covered active-duty transgender service members testifying before Congress about the ban. Army Capt. Alivia Stehlik explained how soldiers opened up to her after she transitioned because of her authenticity and courage to be herself.
When certain groups of people are not allowed to serve, militaries add to the stigma of those groups being inferior.
In a recent Human Rights Campaign video, more transgender troops talked about being judged in the military by how well they performed their duties, not on their gender or appearance. As long as they did their jobs, they were accepted.
Even though this policy allows current transgender troops to continue serving, it is likely those who haven’t transitioned will have to serve as their assigned gender at birth.
Being a part of the LGBT+ community exposed me to the emotional trauma that comes with being forced to be someone I’m not. This requirement of the policy is disrespectful and cruel. The American Academy of Pediatrics has conducted studies that show transgender people’s mental health at an early age is negatively impacted when they stay as the gender they do not identify with.
The military revolves around unity and cohesiveness as a group. When service members are categorized in a way they don’t agree with, that unity can fail. Also, pushing them to remain in the closet inhibits their abilities to succeed. According to AP News, transgender troops reported that transitioning made them better soldiers.
It’s 2019. This policy should not exist to be debated. Responding to the ban, Hillary Clinton said, “Every American should be able to serve their country.” She was right. If a transgender person is willing to enlist in the military when others won’t, why should they be denied that right?
Former President Barack Obama allowed transgender people to serve openly and enlist in the military in 2016, and it should have stayed that way.