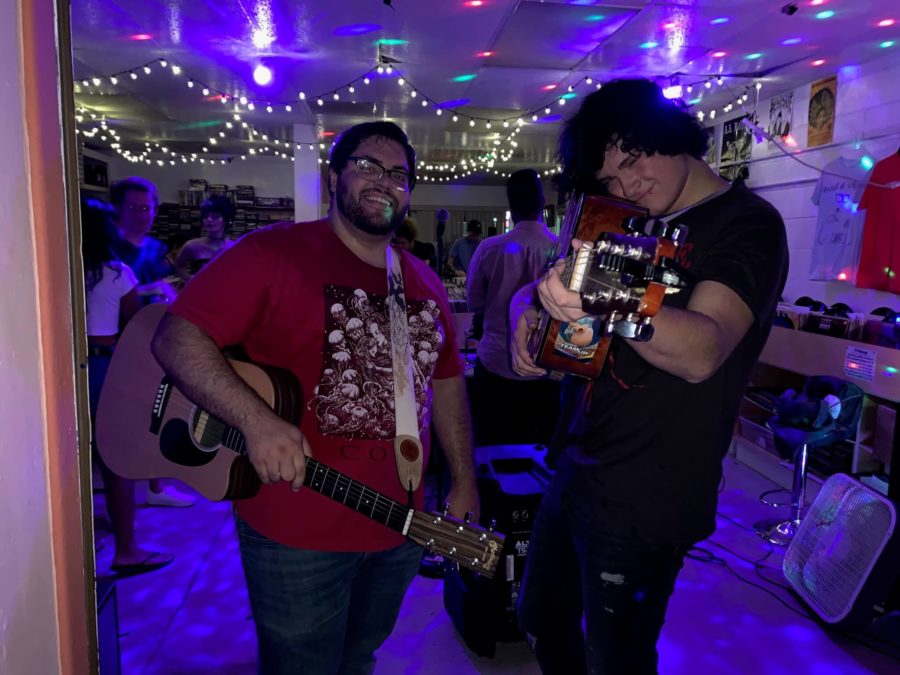 Nina Mendes
Beat Reporter
Hailing from Port Charlotte is SWFL’s newest underground band to hit the local scene.
Oak and Ivy only recently began their journey in January, but their lineup includes four friends who are all too familiar with the post-hardcore scene down here.
Gage Mikan, lead vocals and rhythm guitar, was a founding member of Cape Coral’s band of angsty teens, Tenth Wave, which disbanded back in 2018.
The band released a self-titled EP on Spotify with the help of FGCU alum, Jon Whelpley who produced the record.
Whelpley now plays lead guitar alongside Mikan in Oak and Ivy.
Aaron La Plante, drums, and Nik Kulpanowski, bass, have also taken part in various side projects, including Even Less Friends and Lucid Lake, before joining Mikan and Whelpley.
“I think our past experiences have helped us understand what people want out of seeing live bands,” said Mikan. “It helps us express ourselves [through] our music while always catering to an audience, to the extent that they would come see us again.”
With each members’ past experiences, they knew planning needed to be done before Oak and Ivy started to play live shows. The band spent the first half of the year gathering their thoughts and working on their sound, which is still developing each time they step into the studio.
“Our current music is mostly a mix of post-hardcore, emo, and hard rock,” said La Plante. “We are currently writing to include more elements of prog (progressive) and math rock.”
Math rock refers to a subsection of indie rock that boomed in some U.S. cities, like Chicago and Los Angeles, in the late ’80s. Chon is a prime example of the genre.
Oak and Ivy began to play live shows within the past two months. Their first advertised gig took place at Cape Coral’s staple venue, Rack’em Spirit & Times.
Mikan and Whelpley also play occasional acoustic sets. Their most recent being at Beach Records on August 10.
“I think my favorite thing about playing in SWFL is the opportunity to be able to surprise people,” said Kulpanowski. “SWFL isn’t really known for a particularly vibrant or exciting music scene. When people get out and are able to see some good bands at a great place, it can be surprising to them.”
The band admits that breaking out and getting heard by locals has been challenging, especially because Oak and Ivy haven’t released much original content online yet.
Mikan said it can be difficult to stay motivated at times, but thinking of the future keeps him moving forward.
Whelpley believes their geographic location causes some setbacks. Although conveniently based in between FGCU and FSW, Whelpley believes it is not enough to gain the traction the band needs for its music to leave an impression with listeners.
“It’s 15,000 students who all have the potential to be involved in the local music scene,” said Whelpley. “But from my experience, not too many people know all that much about it.”
Oak and Ivy plan to begin recording an EP very soon and release music by the end of the year.
Until then, the band plans to continue booking local shows and getting their name on more tour bills.