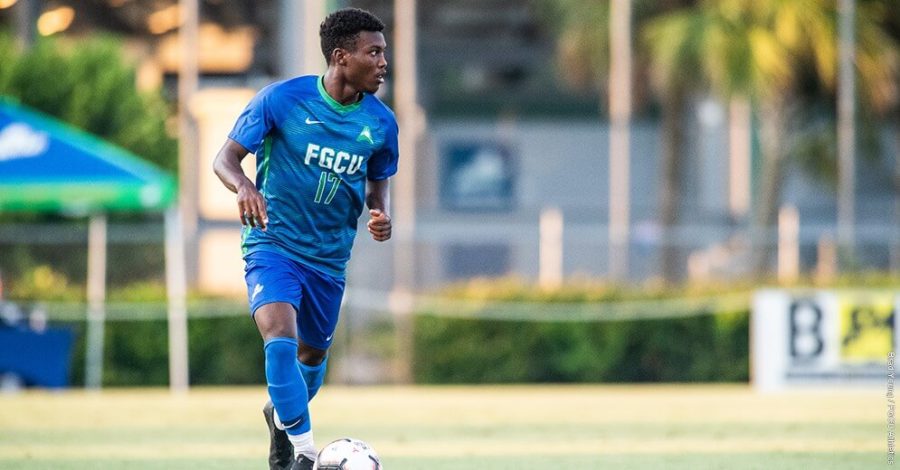 The FGCU men’s soccer seam (3-1-1) lost their first game of the season on the road Friday night 2-0 to UC Riverside. The loss comes on the heels of a two-game winning streak the Eagles enjoyed at home.
FGCU was not clinical enough in front of goal, with only three of the 12 shots attempted by the Eagles ending up on target.
UC Riverside started the game strong and forced redshirt junior goalkeeper Gustavo Vasconcelos to be alert. Vasconcelos delivered by keeping FGCU in the game with two saves inside of the opening 17 minutes.
Senior forward Shak Adams spearheaded the Eagles attack by putting up four of FGCU’s six first-half shots. Adams could not find the back of the net, with his closest shot hitting off of the right post in the 27th minute.
The most dangerous opportunity of the half for FGCU was a shot from senior midfielder Miguel Perez, which was hit down the middle of the goal and saved by the UC Riverside goalkeeper.
UC Riverside scored both of their goals in the second half, with the first goal coming in the 54th minute, and the second goal coming in the 56th minute.
FGCU’s attack maintained to find good positions with six second-half shots. Senior midfielder Ivan Rosales put one shot on target in the 87th minute and another shot on target in the 90th minute. Shak Adams was also able to attempt four more shots in the second half.
The Eagles continue their road trip in California on Sunday, Sept. 15 with a tough test against No. 23 Cal State Fullerton at 8 p.m.