Teen activism spreads nationwide and in the local community 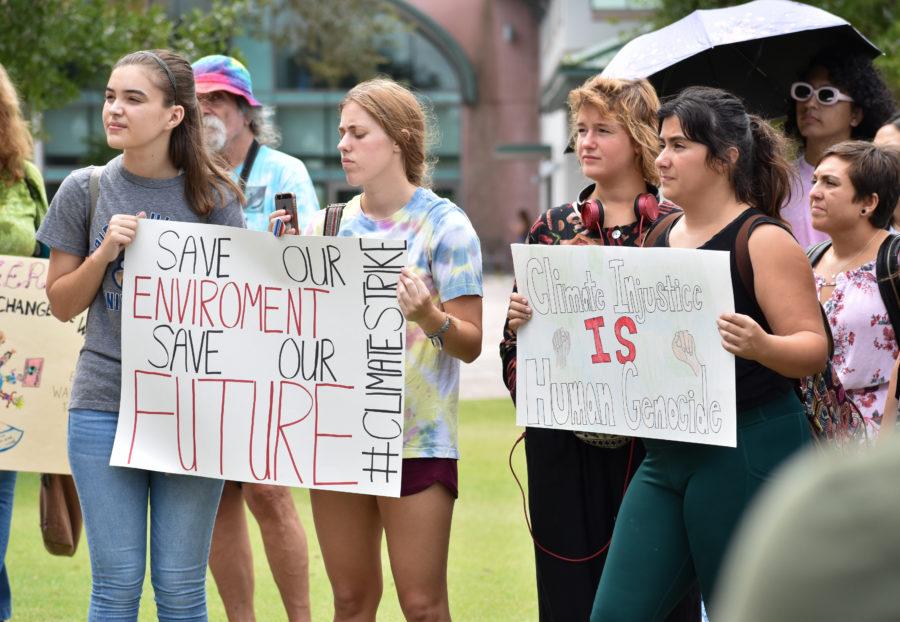 By Serena Tartaglia
Contributing Writer
Teenage activism is having a moment right now. 16-year-old Greta Thunberg is the latest activist to take the world by storm in her stirring speeches about climate change, and many of us remember the courageous Parkland students Emma Gonzalez and David Hogg in their crusade for gun control last year.
In 2012, 15-year-old Malala Yousafzai was shot by the Taliban for going to school and advocating for girls’ right to attend school, despite the Taliban’s unjust laws prohibiting it. But activism by teenagers is nothing new, most notably by the hundreds of students who protested and marched during the Vietnam War. What is new is the derisive backlash that current young activists have faced from everyone from Laura Ingraham of Fox News to Donald Trump.
Last year, Laura Ingraham mocked school shooting survivor and gun control activist David Hogg on national television for not getting accepted by Harvard. This sparked national backlash and prompted the hashtag “#FireIngraham”. Ingraham lost most of her sponsors over her comments, but because Fox News cares more about profits than the morality of its hosts, Ingraham kept her job, and, on September 23, called young climate change activists like Greta Thunberg “Children of the Corn”, a reference to the 1977 Stephen King short story about murderous children. The same day, President Donald Trump brought shame to the office of the presidency by tweeting a sarcastic comment about Thunberg, who is autistic.
However, young activism isn’t exclusive to the national stage. Local activists at the FGCU community feel inspired by this new wave of activism spearheaded by people their own age. “I can say with complete certainty that all the work I’ve done- organizing and speaking at walkouts at my school, and our local March for Our Lives event, was inspired by the national movement that never would have happened were it not for the powerful voices that came out of the tragedy at Marjory Stoneman Douglas High School,” 19-year-old Sabrina Salovitz said.
Salovitz has registered people to vote and was the secretary of her high school’s Young Democrats chapter. “I believe that everybody should have the opportunity to make their voices heard by voting and registering and informing people is a very important aspect of that,” Salovitz said.
Activists like Salovitz are taking a page from the recent climate strikes across the country. FGCU is holding our own People’s Climate March on September 27th, from 4-7 p.m. on the library lawn. It is sponsored by the Vegan/Vegetarian Club, and will feature climate scientists, yoga and meditation circles, as well as music.