Tips for Staying Safe on Campus 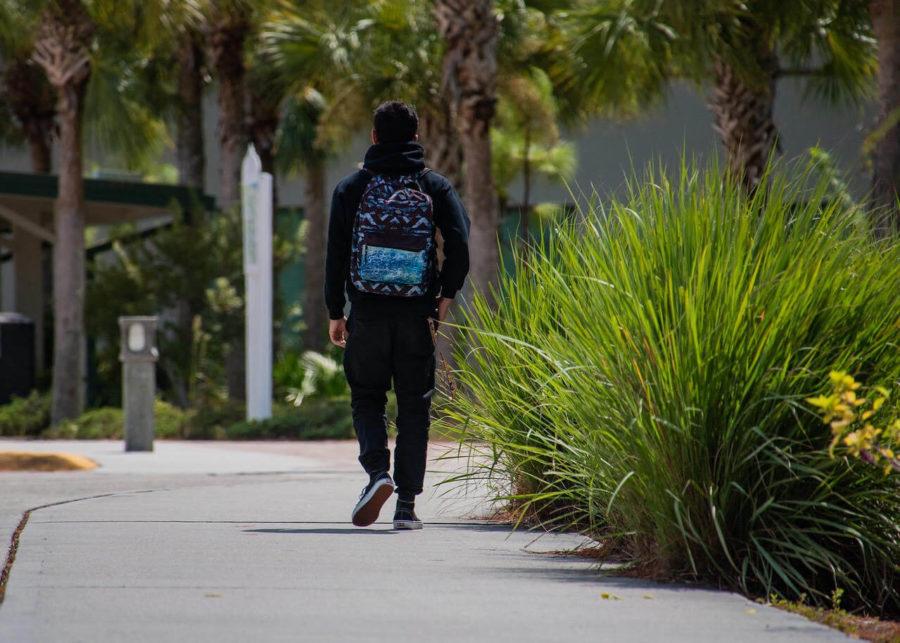 By Karina Cashman
Contributing Writer
An on-campus hit-and-run was committed on Sept. 25 at 12:30 p.m. A student was walking in the crosswalk in front Lutgert Hall when a dark colored car approached the intersection form the south and struck the student, according to an email sent out by Sergeant Brad Lambert of Florida Gulf Coast University.
Florida Gulf Coast University isn’t a community I would have expected something like this to happen in, and now more than ever it’s important for us to support each other. We have a responsibility to each other to do the right thing even when it’s hard, and to support each other as fellow Eagles.
My sympathies go out to the victim of this crash, so for today’s publication here are my five top tips for keeping yourself and others safe on the roadways.

Always be cautious–even if you’re abiding by all of the rules. The fact of the matter is that there are unfortunately some drivers who are needlessly reckless. Whether that’s due to speeding, or a lack of attention, an excess of caution can never hurt, it may even save your life.
When in doubt, stop and assess. Let’s say for example that you’re attempting to cross the street and there’s a car coming but you aren’t sure if you have enough time to get across the street before it gets to you and it’s hard to tell how fast the car is going. Just wait. This may seem obvious but nothing is worth your life and you can’t be sure that car will stop or slow down for you. It’s safest to take a defensive position.
Stay off your phones! I love my phone, I really do, but I don’t use it when I’m crossing the street or driving a car. This rule is good for drivers and pedestrians alike, you paying attention to your surroundings could quite literally save your own life as well as those around you.
Be careful when drinking. Obviously drinking and driving is a major no-go, but you should be careful even if you’re walking back home after having a few. Drinking lowers your response and reaction times and makes it harder to process and think through what may be going on around you, so it goes without saying to be careful when you’re impaired- especially on a college campus.
Be compassionate to others. This one may seem like it doesn’t fit, but here me out. If something were to happen out on the roads, which can certainly happen even if you take all of the possible precautions, help each other out. If you’re at fault in an accident it only looks worse if you flee the scene. More than that though, staying to help someone who’s injured could save their life, especially in a severe accident! Doing the right thing can be scary, but we owe that compassion to each other, both on the road and off.