Men’s hoops fouls up against No. 19 VCU 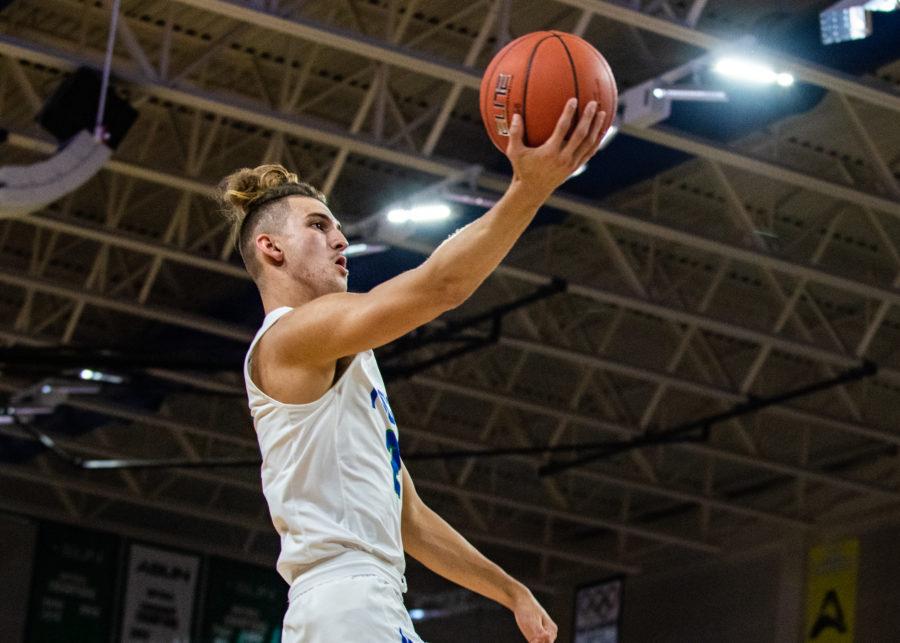 EN Photo by Julia Bonavita // Caleb Catto led the Eagles with 14 points and recorded a career-high four three-pointers, but it wasn't enough to get past a VCU defense that forced 27 turnovers.

By Cole Potts
Staff Writer
The FGCU men’s basketball team couldn’t get past VCU’s defense, losing on the road 78-48 on Saturday night.
“They played about as we thought they would. We were able to hold them at bay for a bit early in the first half, but once they jumped on that big run, we could never get back into it,” said head coach Michael Fly. “We want to play teams like VCU which will help us grow while also helping reinforce the type of program we’re trying to build here.”
Despite the 30-point margin, VCU barely outshot FGCU with a 19-50 rate (38%) to the Eagles’ 28-56 (36.8%).
The big advantage that VCU was converting FGCU’s 27 turnovers into 37 points.
Caleb Catto led FGCU with 14 points and a career-high four three-pointers Jalen Warren recorded seven points and five assists, while Zach Scott marked a career-high 8 rebounds.
VCU opened up the game with a 10-0 run, before extending said run to 20-2 later on in the first half to hold a 43-16 lead going into halftime.
Going into the second half, VCU continued to pressure the Eagles defensively forcing more turnovers which would convert to more points.
FGCU was able to manage a 13-1 run later on in the second half, but VCU scored 12 of the last 15 points to close out the game and come away with a 78-48 victory.
FGCU men’s basketball returns to Alico Arena next week for the Hilton Garden Inn FGCU Classic and will host Florida Tech on Tuesday at 7 p.m. before facing North Dakota, Campbell, Georgia Southern over the weekend.