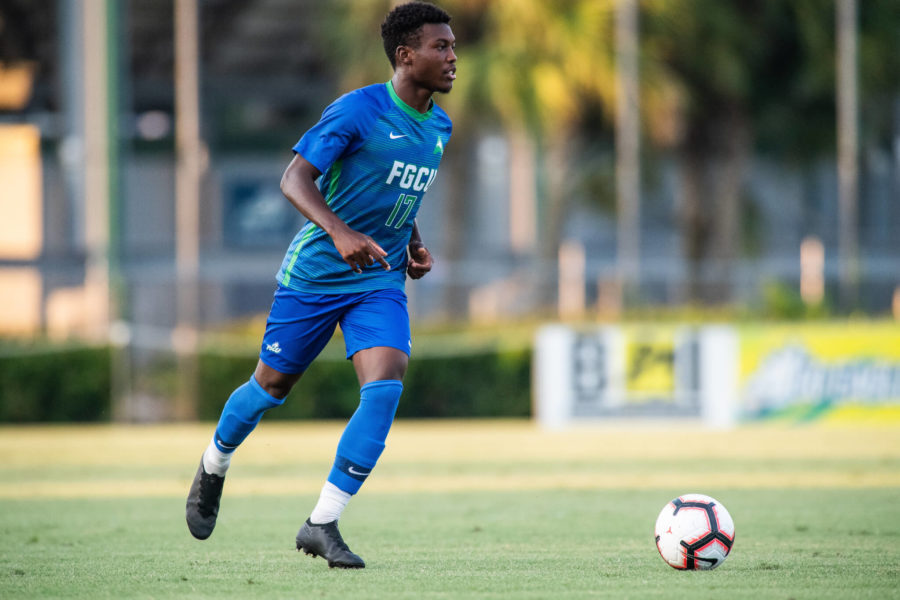 By Chase Henry
Staff Writer
FGCU men’s soccer player Shak Adams has been selected in the third round of the MLS Superdraft by Nashville SC. Adams becomes the fourth player in FGCU’s history to be selected in the MLS Draft, joining Rodrigo Saravia (2016), Nicolas Samoya (2018) and Kamar Marriott in 2019.
“It was a dream come true to be able to see my name on the draft board, especially seeing it as my hometown, but the real work starts now,” said Adams in a release by FGCU Athletics.
Adams, a senior forward, scored four goals and contributed five assists over a span of 18 games during the 2019 season.
With his assists, Adams became FGCU’s all-time assist leader in men’s soccer with 16, one more assist than Josey Portillo secured during his career from 2008-2011.
In addition to being the assist leader, Adams finishes his career second all-time in goals scored with 23 and second all-time in points with 62.
Adams joins a Nashville SC team about to play its inaugural season in Major League Soccer. At the forward position, Nashville SC’s roster currently lists David Accam, Dominique Badji, Abu Danladi, Cameron Lancaster, Alan Winn, Randall Leal and Daniel Rios.
Accam, Badji and Danladi all have professional experience in the MLS, while Lancaster, Winn, Leal and Rios all have professional experience in other leagues.
Nashville SC opens up its inaugural season playing Atlanta United in Nashville on February 29th and will travel to Orlando to play Orlando City on September 12th.