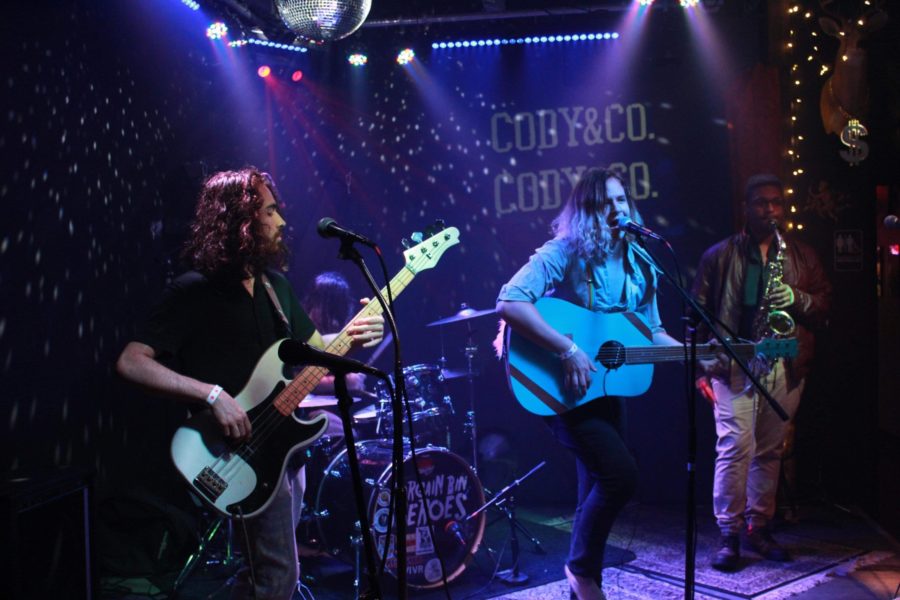 By Nina Mendes
Beat Reporter
Not to be confused with the internet personality, Cody Ko, Cody & Co. is a Fort Myers act that freely merges genres but is categorized as alternative. Many of Cody & Co.’s songs address serious topics with an almost nihilistic sense of humor.
The band’s front man, Cody Smith operates solo and collaborates with local artists. Cody & Co. describes the music as, “weird music by a weird dude and what little friends he has.”
Cody & Co. released five EPs throughout 2019, an impressive feat for any artist, and his music is available on both Apple music and Spotify.
“I like releasing music because it gives an outlet for all the general nonsense in my head in a nice and clear direction,” Smith said. “Working with other SWFL musicians is a great way to fill in the gaps that I don’t even notice existed until they play.”
Smith’s most recent release “Turns Out Constantly Releasing Music Isn’t a Good Coping Mechanism, the Cat Was a Good One Though. He’s a Good Boy” dropped on Dec. 25.
The comedic title serves to cushion the EP’s somber theme, which is about overcoming depression in a relationship.
“I hope people can sit down and listen to my music and have it do to them what all my favorite music has done for me – act as an outlet for obsessive tendencies in a way that helps idealize a version of myself I never noticed before,” Smith said.
Some musical inspiration for Cody & Co. includes The Front Bottoms and The Cure to Willie Nelson.
These musicians made him realize that releasing an abundance of music in one year was an achievable goal.
Smith regularly plays at Fort Myers venues including, Beach Records and HOWL. He invites friends to play with him during these jam nights.
“Having come from playing drums in punk bands, then screaming folk-punk at people, to having string arrangements be a focal point of an EP gives me whiplash looking back at the past three years,” Smith said.
His first release of the year titled “Cocaine Killed the Music Scene & All My Friends Are Dead to ME” debuted on Apr. 11 and features three originals sandwiched between an intro and an outro.
About two weeks later, Cody & Co. put out ReHash, which includes the fan-favorite “White Rabbit”.
Smith chose to release his music periodically through multiple EPs rather than a collective, full-length album so he could explore a wide variety of sounds rather than focusing on one.
“I Don’t Get Why My Parents Are Proud of Me Either, but Hey I’m Still Thankful” was the third EP of the year, which dropped on Aug. 9.
Lastly, the late Sept. release “Just Because I’m Happy Doesn’t Mean I Don’t Have Depression Anymore, Nevertheless I Wish It Did” is a four-track collection featuring acoustic guitar and saxophone solos.
Smith plans to continue playing and writing in 2020 and is looking forward to releasing more content.
“The 5 EPs I released in 2019 serve as what I feel is a marker for the real creative growth I’ve had,” Smith said. “My game plan is just to keep doing my best and whatever that entails.”