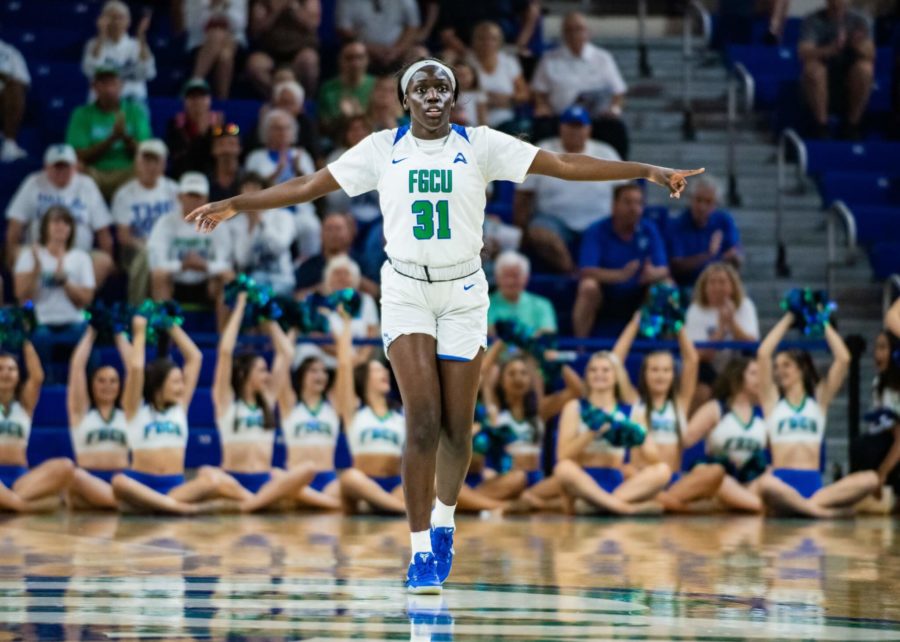 Jake Henning
Assistant Sports Editor
The FGCU women’s basketball team (22-2, 9-0) beat Jacksonville (13-9, 5-4) for their 11th straight win Monday night, staying undefeated in ASUN play.
“We beat a really good team,” FGCU head coach Karl Smesko said. “Jacksonville is really aggressive and forces a lot of turnovers. They’re hard to guard off the dribble, and they have some quick, athletic kids.”
Nasrin Ulel tied the single-game scoring in program history, dropping a game-high 36 points on 11-16 from field and 5-9 from the 3 point line. She also added seven rebounds and two blocks to her stat line.
Ulel had 22 points in the first half alone, while putting up 34 points through three quarters. She tied Rosemarie Julien’s single-game record of 36 points set on Jan. 7, 2017.
“Nas had it going,” Smesko said. “She got hot. We didn’t hit many threes in the first half or shoot a very good percentage, but she had several.
Keri Jewett-Giles also contributed with 16 points, on 7-16 shooting and added four rebounds, four steals, and four assists.
The next game for the women’s basketball team will be on Feb. 8, when they play UNF in Alico Arena at 4 p.m.