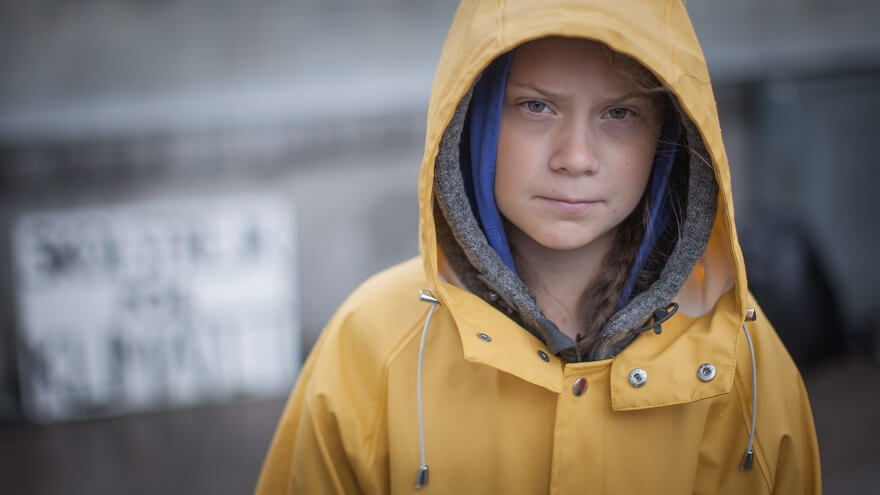 Photo by Anders Hellberg via Wikimedia Commons.https://commons.m.wikimedia.org/wiki/File:Greta_Thunberg_7.jpg labeled for reuse.

By Serena Tartaglia
Staff Writer
Last year, seventeen-year-old Greta Thunberg began spending her Fridays alone outside of the Swedish Parliament building. She held a sign that read “Skolstrejk for Klimatet”, or “School Strike for Climate”. Her actions inspired 7 million people to hold climate strikes and climate protests, including one held at FGCU in September. On Dec. 11 Time magazine announced that she would be its Person of the Year, and she absolutely deserves it.
According to Time magazine, the award not only represented Thunberg’s work, but the growing youth activism around the world, including the Parkland students advocating for gun control in the US and the young protesters in Hong Kong fighting for democracy.
Thunberg is influential in her own way: her thunderous speech at the UN where she shamed world leaders for not doing enough for climate change went viral; it was the “How dare you!” heard around the world. She also leads “Fridays for Future” protests that has garnered the attention of celebrities such as Jane Fonda and Joaquin Phoenix.
However, Thunberg has had her share of critics, who are intimidated by someone who challenges their worldview. Fox News host Laura Ingraham compared her to the 1977 Stephen King short story ‘Children of the Corn.’ An Australian columnist even mocked her Asperger’s diagnosis, to which Thunberg responded on Twitter, “I am indeed ”deeply disturbed” about the fact that these hate and conspiracy campaigns are allowed to go on and on and on just because we children communicate and act on the science. Where are the adults?”
While there is still a lot to be done on climate change, there is hope. Time reports that “More than 60 countries have pledged to have a net carbon footprint of zero by 2050.” 183 countries have joined the Paris Climate Accord. Google has pledged to run on “100% clean energy.”
Time said of its decision: “Thunberg’s wake-up call is a necessary jolt. It is up to us all to meet it with solutions.”