The battle for candidacy continues in the Palmetto State 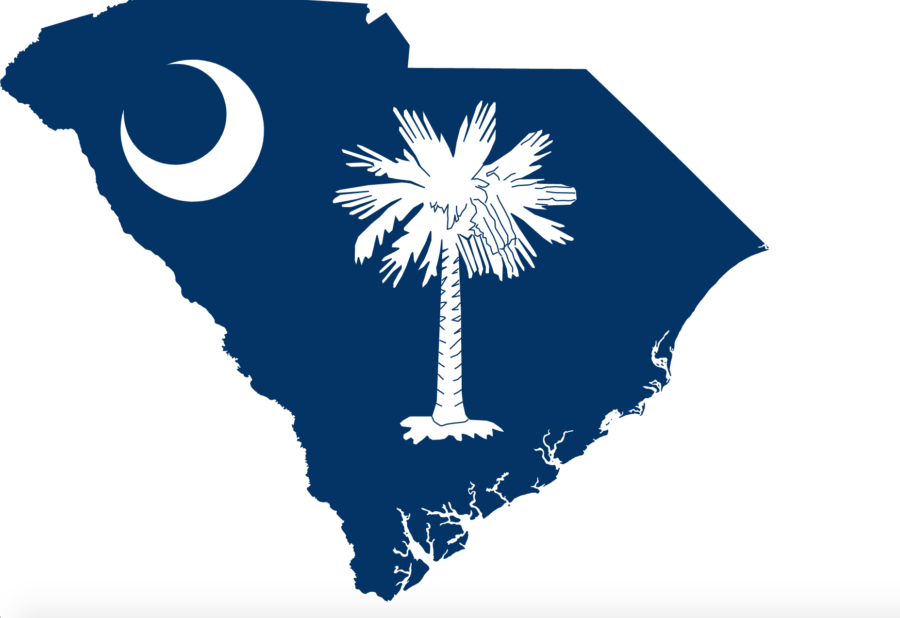 By Erica Fish
Contributing Writer
The 2020 Democratic Presidential Primaries have now ventured south to the Palmetto State of South Carolina where voting will take place on Saturday, February 29th.
In comparison, South Carolina is just as important for the presidential democratic race, as the state holds similar influence like Iowa and New Hampshire did when the primaries initially began.
“South Carolina is direct and there has been an increase of democratic people in the state,” said political reporter, Lillian Donahue of WCSC-TV in Charleston, SC.
“One of the top things about the South Carolina primaries is that we are the first true representation for the rest of the United States.”
South Carolina is the first southern state to vote in the presidential primaries and with the state being the first test for the candidates to bring their appeal to this region of the U.S., the votes must count.
“2020 is more than just a presidential race,” said Donahue.
According to Politico News, a majority of South Carolinians already know who they have in mind for their votes.
Taking the title as the representing state for the democratic primaries before Super Tuesday, South Carolina’s primary results will provide clear insight as to which candidates were the most successful among the state’s African American voters and other registered minorities.
African American voters make up roughly two-thirds of the South Carolina voting bloc, making up roughly 60% of the Democratic Presidential Primary voters.
With South Carolina having a more diverse electorate compared to other states and their registered black voter population, former vice president Joe Biden has a leg up in the state.
African Americans can create a breakthrough lead-off for at least one of the current leading Democrats if they choose to continue supporting Biden or another presidential candidate.
“Biden came through low at Iowa and New Hampshire and South Carolina voters have taken notice,” said Donahue. “This may or may not fully sway them, even though his lead has shrunk over the last several months.”
After forming a strong base with African American voters during his 2008 and 2012 campaigns with former president Barack Obama, Biden is still predicted to win South Carolina.
“The voter registry shows a larger amount of color that are now registered to vote and there’s a lot more interest,” said Donahue. “People are becoming more receptible to the candidates they prefer most.”
Even though it’s a narrow lead, Biden still trends higher than the rest of the running democrats ranked in the Palmetto State.


Recent polls feature Biden leading but his competition is beginning to close in on him; as support for Senator Bernie Sanders has grown along with California billionaire, Tom Steyer.
Apart from the competition among the democratic candidates, President Donald Trump still has a strong influence over South Carolina, creating more stir in the southern state.
“The primaries are pleasant in representing the African American votes, but Trump has a strong hold on South Carolina,” said journalist and national political correspondent for National Public Radio (NPR), Mara Liasson.
“They do not have any focus for any other Republican candidate since they are supporting Trump, but the criteria involves which candidate can take on the incumbent.”
Based on what South Carolina’s votes come to be, the state might be able to set the stage for Super Tuesday, taking place on March 3rd.
It is also possible for South Carolina’s votes to influence the voting choices made in the upcoming primaries taking place in states, like Massachusetts and California since it all boils down to which current candidates come out successful after next Saturday.
But even though minds are set, could South Carolina be swayed with who the voters choose?
For the 2020 Nevada caucus victory, Sanders won by 46% with Biden trailing in second at 19.6%.
Nevada has more diverse minority population compared to South Carolina and the state’s influence might be enough to change voting decisions for the first southern primaries.
“I congratulate Bernie Sanders and if it’s going to be him, he certainly has the substantial lead, we’ll see what happens,” said President Donald Trump.
A momentum has formed among the presidential candidates. For whoever the prospective individual to win South Carolina is, they might be able to snag an easy victory at Super Tuesday.
With the exception of former president Jimmy Carter to take the win in 1976, South Carolina has voted for a Republican in their presidential elections since 1964.
There is definite political weight for the Democrats running in South Carolina to overstep right-side voters, since the pressure will increase once six candidates are qualified to take the stage on Tuesday, February 25th.
“South Carolina primary voters will be focusing on the debate performances,” said Liasson. “Debate performances can be a boost to a candidate and this all depends on their stage skills and ability to compete against another candidate’s verbal strikes.”
Based on the demographics of South Carolina, especially when taking into consideration the class and economic structure of the state, there is a split of who wants who for the presidential nomination.
“We are a very diverse voting base and that is a true representation of how large the demographics play for the voting in our state,” said Donahue.
The South Carolina Democratic Primaries are a part of a strategic time frame in making the last big push for the candidates and their stakes in the states that come after South Carolina.
“Minorities and young voters are predicted to make record levels and turn out for a historical election and this might just happen in South Carolina,” said Liasson.
When selecting the candidates, South Carolina has never been known to ever rely on other state’s processes in determining their voting decisions.
This is the main focus for all of the Democratic candidates in making their presence known. Their successes in South Carolina are what will make the next primaries vital for further competition to continue between the candidates.
“Candidates must have structure in advance before they reach out to voters and the different demographics that could potentially support them,” said Liasson.
“Whichever of these candidates are the most competitive, can potentially sway minority voters away from Biden and choose to support a candidate, like Bernie Sanders who’s just behind him.”
Political rivalries are not planned to stall just yet in South Carolina. More is to be done by the leading candidates in gaining enough support from the first southern primary voters in choosing who they want as the presidential nomination.
Until then, it won’t be determined until Saturday if South Carolina will affect the remainder of the political race.
Delete Image
Align Left
Align Center
Align Right
Align Left
Align Center
Delete Heading