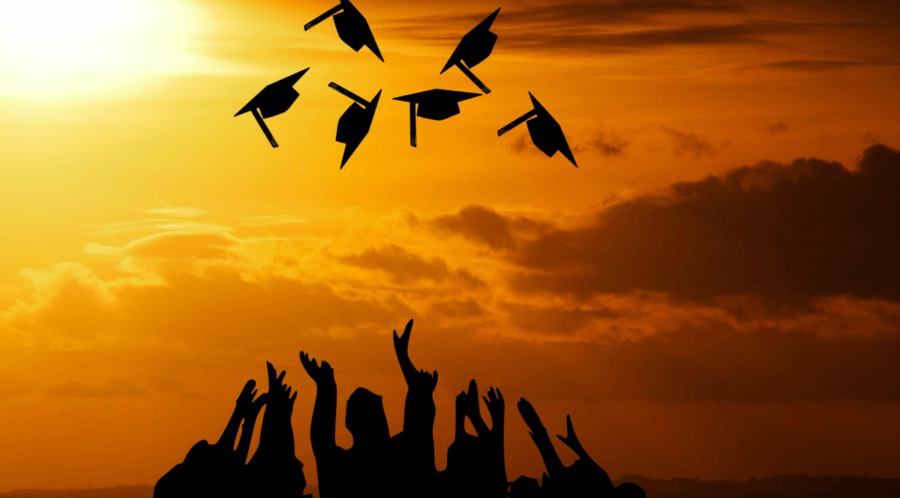 Photo courtesy of creative commons. Students throw their caps into the air after graduating. On Tuesday, Mar. 17 the Florida Board of Governors announced that online instruction will continue through the Spring Semester and that Spring commencement ceremonies are canceled.

According to an announcement released by the Florida Board of Governors on Tuesday, Mar. 17, online instruction will continue through the end of the Spring semester for all state university students to mitigate the spread of Covid19.
Spring Commencement ceremonies have also been canceled.
President Martin said in a statement, “we are considering options for celebrating our graduates in a non-traditional way.”
Neither President Martin nor the administration has hinted at what the “non-traditional” commencement might look like.
Below are the thoughts and feelings submitted to Eagle News by FGCU students who were scheduled to walk in the Spring ceremony, as well as a few parents.

“Walking across that stage is so important to me. My Aunt Jenniffer was my biggest supporter, and a week before she passed away from cancer in September, she gave me a pair of earrings and made me promise to not wear them until I was walking across the stage. She was my biggest supporter, and losing her was so hard. I’ve pushed through this year with the knowledge that she would be there with me when I walked across the stage… and now it’s not happening as planned.”