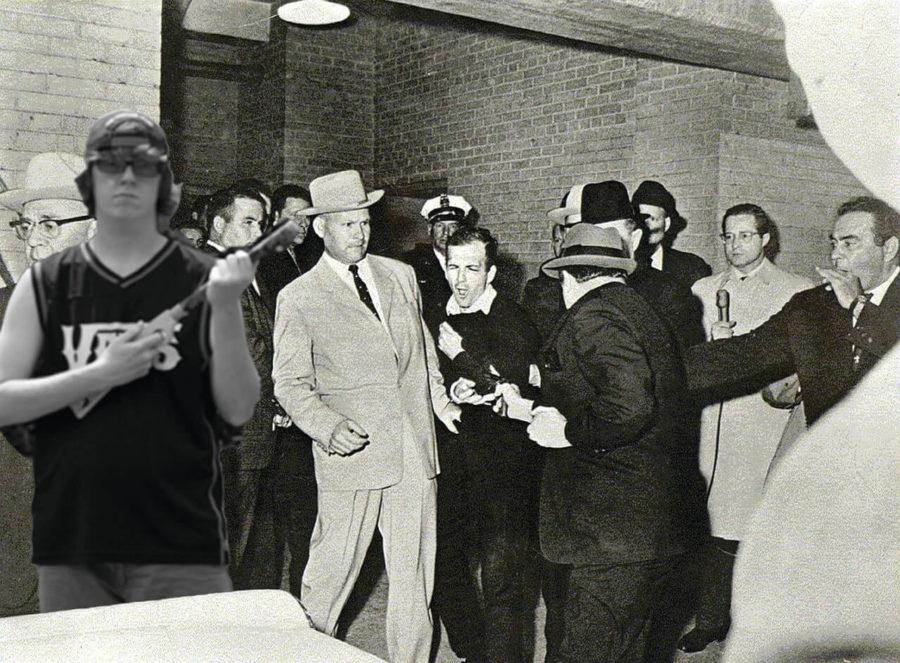 This is the last issue of Eagle News for the spring 2014 semester. This is also the last issue I have with Eagle News before I run off into this thing they’re calling “the real world.” It’s the end of my four-year-long stint with the newspaper (in terms of Eagle News associates, this makes me as old as the hills).
I know, I know: You’re all going to miss me. When I started as a wee freshman in 2010 and volunteered with the opinion section because it gave me something to do, I had no idea it would evolve into an editor position. Back then, my writing sucked, and right now, it probably only sucks a little less, but it’s about time to pass the baton. Somewhere in all the chaos, I picked up a camera and started shooting for both my own enjoyment and for additional publishing in the paper.
I’ve valued my position as a sort of gatekeeper to community conversation. Here’s a secret tip I’m only going to share with you and no one else: If you don’t like something on these pages, you can write in and have your own view published. That sounds pretty obvious, but a lot of people haven’t taken us up on that offer when they’re upset with something that’s published.
On the eve of my last week here, I want to highlight some of the things I’ve been through as Eagle News opinion editor — a highlight reel, or a dance remix, of what I’ve seen.
I’ve talked to some of your News Literacy classes or published your letters to the editor written for communication courses.
I’ve read way too many comments from those who claim that the newspaper as a whole is biased because they fail to understand the “opinion” label that goes on top of these articles.
I’ve watched people, year after year, get mad at the preachers who visit campus, biting the troll bait. I’ve also heard way too many college-educated individuals say these preachers should be banned from campus. I expect such individuals to be more aware of First Amendment rights than they are.
I’ve lovingly put together multiple April Fools’ Day issues because I believe that satire is the greatest way to highlight when something in our culture has become ridiculous.
I’ve been through three editors-in-chief, all of whom have been women.
I’ve watched the journalism program get birthed and grow enough so that Eagle News is starting to function as an outlet for aspiring journalism students, not just dedicated non-majors who are interested in the school paper.
I remember our old office, stuck all the way back in the music modular. It had no windows and was about half the size of our current office. Having a full staff of editors in there, like being in a sardine can, working until late in the night probably gave some of us anxiety disorders.
I remember sports editor Josh Siegel, a guy who once painted his face like a tiger and was just about one of the most ridiculous (in a good way) guys I’ve ever known.
I remember getting anxious on print nights during issues I was writing something I thought would be controversial. Then I stopped caring so much.
There was a time when readers used to write a lot more comments on our articles online, and I used to run them in the paper.
Most of all, I remember various pushes throughout the years for me to “rank up” and run for editor-in- chief or managing editor or photo editor. While I respect everyone who has ever pushed me in that direction, and I understand why they wanted it, my passion stayed with what I did in the opinion section. Maybe it’s because I’m a former loudmouth who enjoys talking back and forth about issues, maybe it’s because it was my comfort zone and maybe it was because no one else was available to step in, but the important thing was that I enjoyed it and took pride in it. I hope I didn’t fail you, the reader.
Delete Image
Align Left
Align Center
Align Right
Align Left
Align Center
Delete Heading